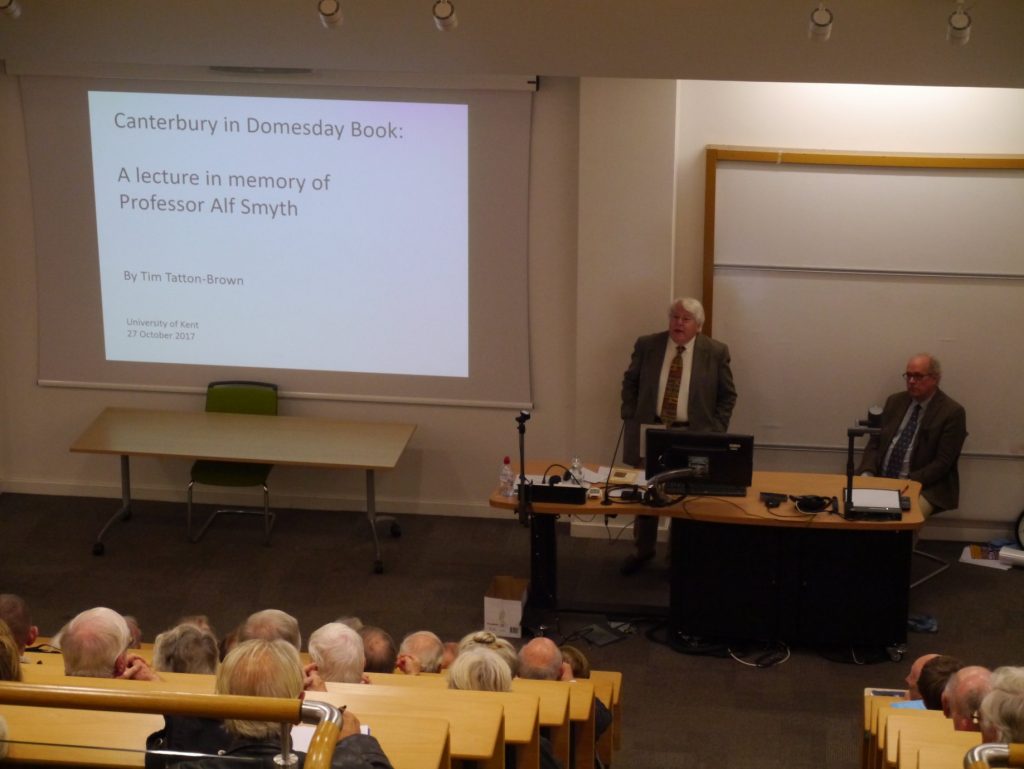 On Friday 27 October 2017 friends and colleagues from the School of History, the Canterbury Archaeological Trust, and Canterbury Christ Church University gathered together in Grimond Lecture Theatre 1 on the University of Kent’s Canterbury campus to celebrate the life of Professor Alf Smyth.

Professor Smyth, who passed away in October 2016, was an Emeritus Professor of Medieval History, specialising in the British Isles. His publications included Scandinavian Kings in the British Isles, Warlords and Holy Men: Scotland AD 80-1000. and a highly influential study of King Alfred the Great.

His distinguished career also saw him take on the roles of Warden of St. George’s House, Windsor Castle; Director of Research; and Dean of Arts & Humanities (both Canterbury Christ Church University). He was also an early supporter of the Canterbury Archaeological Trust.

Tim Tatton-Brown, former Director of the Canterbury Archaeological Trust, treated the packed theatre to a lively lecture on the features and landmarks of Canterbury and the surrounding area as mentioned in the Domesday Book.

Tim, along with Richard Eales and Professor Paul Bennett, also shared anecdotes about Professor Smyth in what was a fitting tribute to a much respected and missed figure. 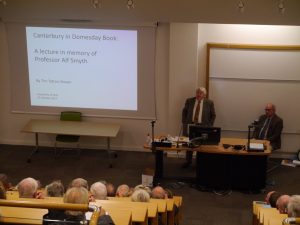 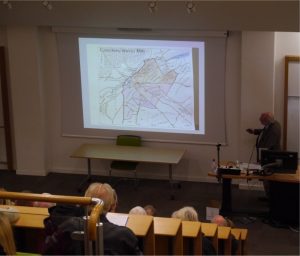