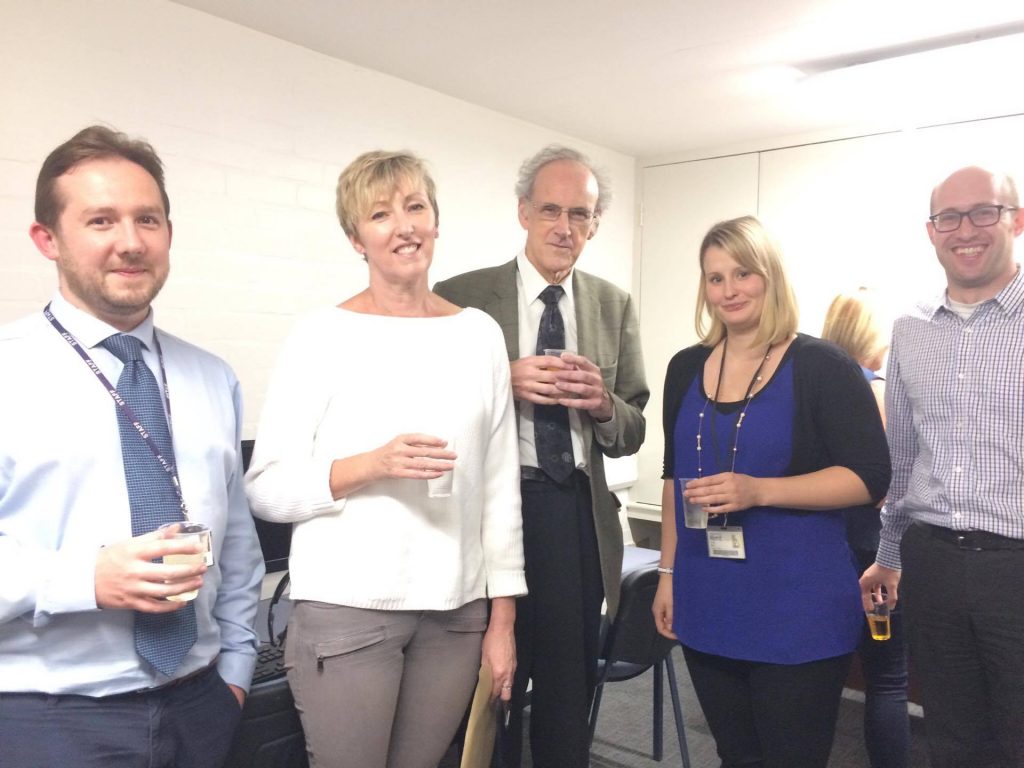 On Monday 12 June, we celebrated the launch of the new “Ditchfield Room” in Honour of Professor Grayson Ditchfield. Professor Ditchfield gained his doctorate from Cambridge and joined the University of Kent in 1970. Accordingly he is the longest serving member of the School and was asked to speak at the School’s alumni day in 2014 as part of the 50th Anniversary celebrations.

Professor Ditchfield was highly popular with students (‘the best seminar leader I’ve had so far’) and staff (‘Quite simply a star!’).

We are delighted that Professor Ditchfield accepted the invitation to name the room after him and we anticipate for the postgraduates who will use it for many productive working days ahead!