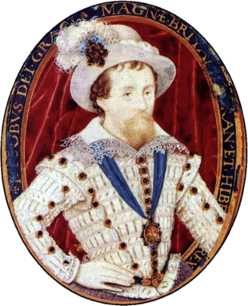 On 22 June 2017 the University of Kent’s School of History and Centre for Medieval and Early Modern Studies will be hosting an international conference ‘The ‘British’ churches 1603-1707: from dynastic union to Anglo-Scottish union‘.

The two-day conference, timed to coincide with the 400th anniversary of the launching of the Five Articles of Perth by James VI & I in Scotland in 1617, is held in collaboration with Canterbury Christ Church University and its Centre for Kent History and Heritage.

All conference sessions will take place in Keynes College on the University of Kent’s Canterbury campus and aim to bring together scholars with an interest in religion across the British Isles during the 17th century.

Further information about the Conference including a programme and registration details can be found on its dedicated webpage.