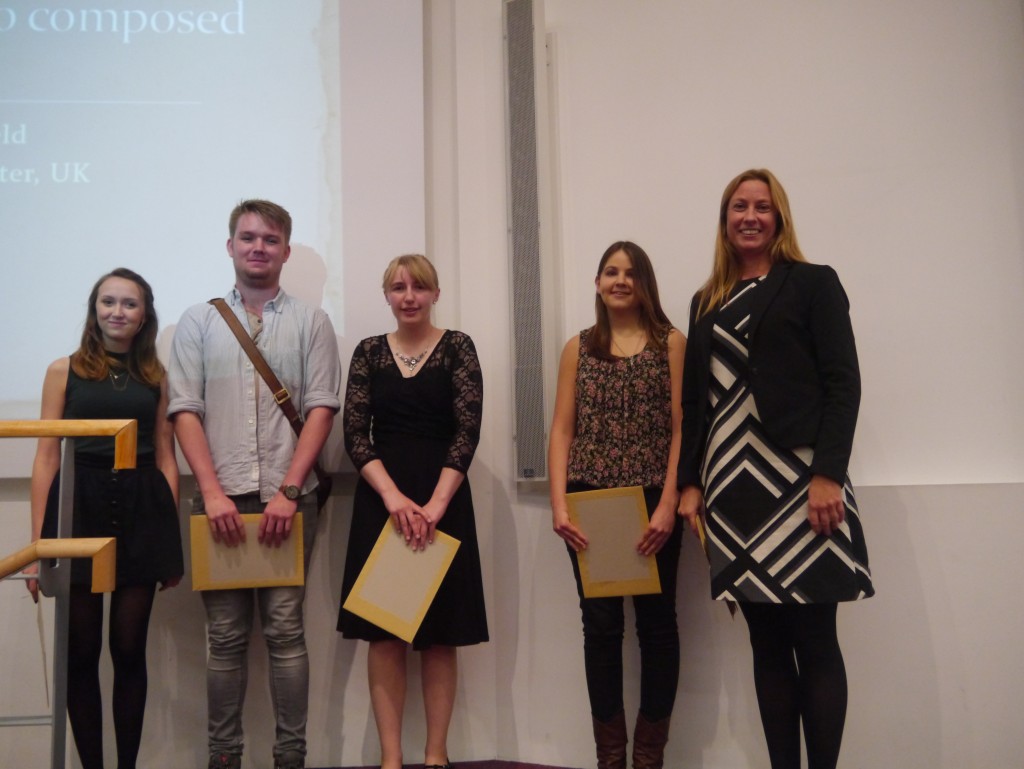 The School of History was delighted to host the 2015 Start of Year Lecture on Monday 28 September.

The lecture, Oral History: Eye Witnesses or Composed Subjects?, was given by Professor Penny Summerfield, Professor of Modern History at the University of Manchester, and the author of several books including Reconstructing Women’s Wartime Lives: discourse and subjectivity in oral histories of the Second World War (Manchester 1998) and Contesting Home Defence: Men, Women and the Home Guard in the Second World War (Manchester 2007). The lecture was attended by staff and students of the school, and was followed by a drinks reception.

Stage 2 Achievement Award
Awarded to the students with the highest Stage 2 performance in the School.

Daniel Avery – The ‘Palpable Line’: The Cause of the West Virginia Secession Movement, 1740-1863

Outstanding Contribution to the Student Experience

Update 21/10/2015: A recording of the lecture can now be viewed on the School of History website. 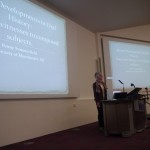 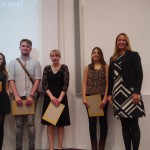 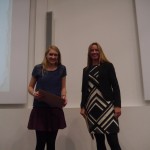 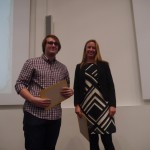 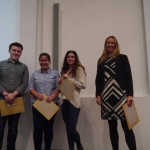 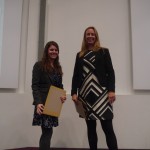 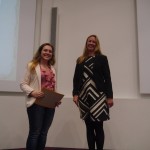