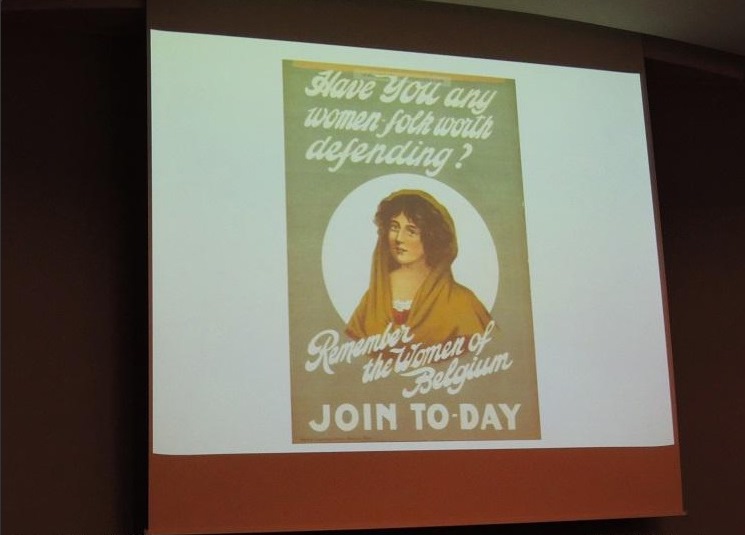 A School of History academic gave a seminar in Ypres last month as part of a seminar series held by Gateways to the First World War, in collaboration with the In Flanders Fields Museum.

On Thursday 19 February, Dr Timothy Bowman spoke on ‘Ireland and Belgium’ at The Cloth Hall in the city, discussing ‘Remember Belgium’, a theme used in many Irish recruiting posters and speeches.

For Irish Nationalists, Belgium as an independent, largely Catholic state, served as a model of what they thought Ireland under Home Rule could develop as. Ulster Unionists had strong commercial links with Belgium through the linen industry pre-war, and so mainstream Nationalists and Unionists pledged their support for Belgium, providing homes and funds for Belgian refugees. The advanced Nationalist press, essentially allying itself with German from early in the war, suggested that stories of German atrocities in Belgium were fabricated.

For more information on the seminar series, and its upcoming events, see here. 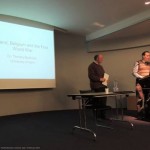 Dr Timothy Bowman gave a seminar at The Cloth Hall, Ypres on 19 February 2015 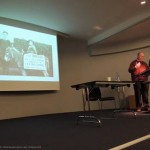 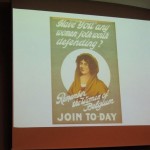 His seminar, ‘Ireland and Belgium’ was part of a series held in collaboration with the In Flanders Fields Museum

Many thanks to David Griffin for the photographs.