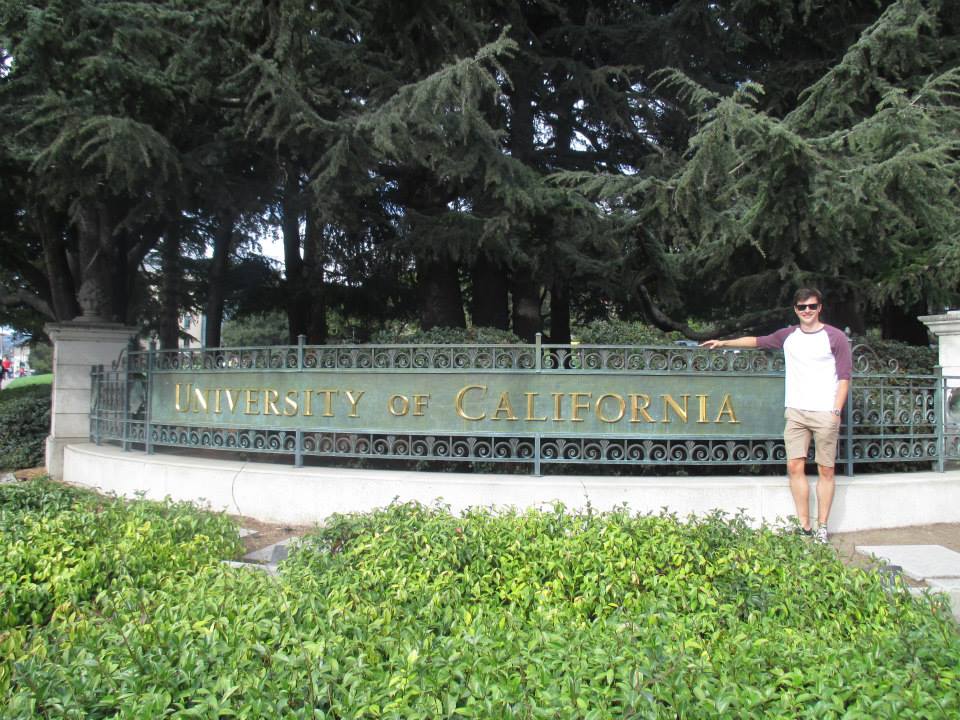 PhD student Jack Davies is currently completing a semester abroad, studying at the University of California, Berkeley. In his second blog post for the School of History, he updates us on what he’s been up to this month…

It’s difficult to know where to begin my next blog update on my time in California. It’s hard to believe that I’ve already been here for 2 months – time seems to go a lot faster in America.

As autumn begins in England, the fall is really starting here in Berkeley. Though the leaves are turning and slowly falling off the trees, we have now entered the sunniest 6 – 8 weeks for San Francisco and the Bay Area. The famous San Francisco fog actually clears up in October, and the result is (predominately) sunny days. I’m doing my best to make the most of the sunshine before winter kicks in – though winter here will be nothing like the one Britain is set to face. My return to England in January is not looking particularly appealing right now.Since my first blog post, I’ve been really settling into my weekly routine. I’ve got a few classes spread nicely throughout the week, and plenty of time in the library hacking my way through the huge collection of books. I’ve really been trying to make the most of Berkeley’s extensive resources. I can order any book in the University of California catalogue, and have it shipped to Berkeley. However, with the 11 libraries on the Berkeley campus, I’ve barely had to have materials sent to me.

I have spent the past few weeks researching the roles of the British aristocracy and the landed elite in the nineteenth and early twentieth centuries, in order to allow me to write up my current chapter. It’s not easy when the glorious Californian sunshine is glaring through the huge windows in the reading rooms of the Doe library. I’ve actually taken to hiding down in the main stacks in an attempt to stop myself from getting distracted. The library descends 4 floors below ground – it’s a nice place to escape the heat and sunlight for a while.

My classes have been intensifying as we reach mid term week for the students. Unlike most of our classes in Kent, students face exams in the middle and the end of their terms – though they have only short (if any) pieces of coursework to complete. I’ve managed to cast my eye over their midterm paper to see how the assessment methods differ between the US and the UK. The majority of my housemates’ midterms have been multiple choice questions, while history exams were not multiple choice, they are still very different to what we expect in the UK. One paper included definitions of six of the key terms of nineteenth century British history, (think Free Trade, Chartism, Corn Laws, Reform Act 1867 etc.) and then one longer essay question. American history students have much less experience in writing history essays, and in class discussions are predominately fact based; they are reliant on the students asking the lecturer questions, rather than the other way around. I’m sure my students can testify that is a far cry from the way I orchestrate my seminars, so if this sounds appealing to you, I’d steer clear of the modules I teach on.

I have also spent some time planning research trips to a few of the archives that are of interest to me while I am in California. First on my list, (as it’s the closest) is the University of San Francisco’s special collections archive. This holds all of the details of the United States hospital provision during the First World War. While a comparative element between the United States and the UK in my research may be too difficult to complete within the scope of my PhD, I can’t resist going to have a look at the documents – especially as I’ve seen the British counterparts.

One of the most interesting events on the Berkeley campus is one that they run once a month in order to help students deal with their stress. The university work closely with an animal shelter to provide dogs for the students to hug and stroke on the busy Sproul Plaza. There are loads of different breeds, and they have dogs of all shapes and sizes – they’re specially trained and have their trainers on hand. My friends from the UK say that their universities run similar events, so maybe its time Kent got involved in order to lower the stress levels of our students…

In addition to my research and my classes, I’ve been incredibly busy making the most of the Californian lifestyle. I met up with Fellow Kent alumni Matt and Rachel in San Francisco, Matt also studied history at Kent and was the first person I met in my first ever seminar. We spent a few days exploring the city, biking over the Golden Gate Bridge, touring Alcatraz, visiting a beautiful town on the East Bay called Sausalito. Though I’ve now done the touristy parts of San Francisco loads of times, it’s still great fun, cycling was somewhat terrifying but I managed to stay in the saddle. (Unfortunately, I can’t say the same for Rachel).

Another Kent alumni and I met up for a wine tasting trip to Napa and Sonoma Valleys. This was great fun – the area and the vineyards were beautiful. I also managed to catch up with Hazel Lander from the International Office in Kent, who was in Berkeley promoting UKC at the study abroad fair. Between these four and the finale of the Great British Bake Off, I’ve managed to curb any homesickness with the sound of other English accents.

There is always something to do in San Francisco, and in the past few weeks I’ve been to a lot of live music events. The first event was called the Bonfire Sessions – it was a free event with the band Best Coast as the headliner. It’s ran in a few different cities annually in the USA, definitely worth checking out if you’re in the vicinity. The day after there was an event called Hardly Strictly Bluegrass. This was a two-day folk festival that happens in the Golden Gate Park every year, this was another free event and lounging in the huge Golden Gate park was a great way to spend a Sunday afternoon. This weekend I went to Treasure Island music festival, this was on an island in between the city and the East Bay area. The sunset and the city skyline were both incredible – all while listening to the likes of Massive Attack, Alt-J, Outkast, and Washed Out etc.This weekend I also managed to tick off another thing on my American bucket list. My housemates and I went to a Pumpkin Patch in Emeryville. While this may not sound all that exciting to other people, for some reason I’ve always wanted to go to one. They also had bouncy castles and inflatable slides, but unfortunately we were too old to use them. The rest of the customers were probably under five years old.

I have been so busy that this blog could quite easily be five pages long. However, to avoid inspiring jealousy in my colleagues I think I should leave it here. Plus, I don’t want to run out of material in case I have a boring month ahead. But what with trips planned to Yosemite, Halloween and Thanksgiving all coming up, I doubt that will ever happen. 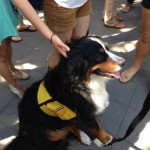 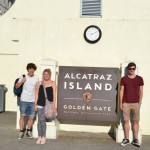 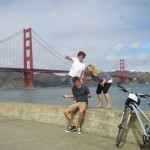 They also cycled along the Golden Gate Bridge 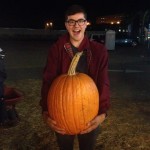