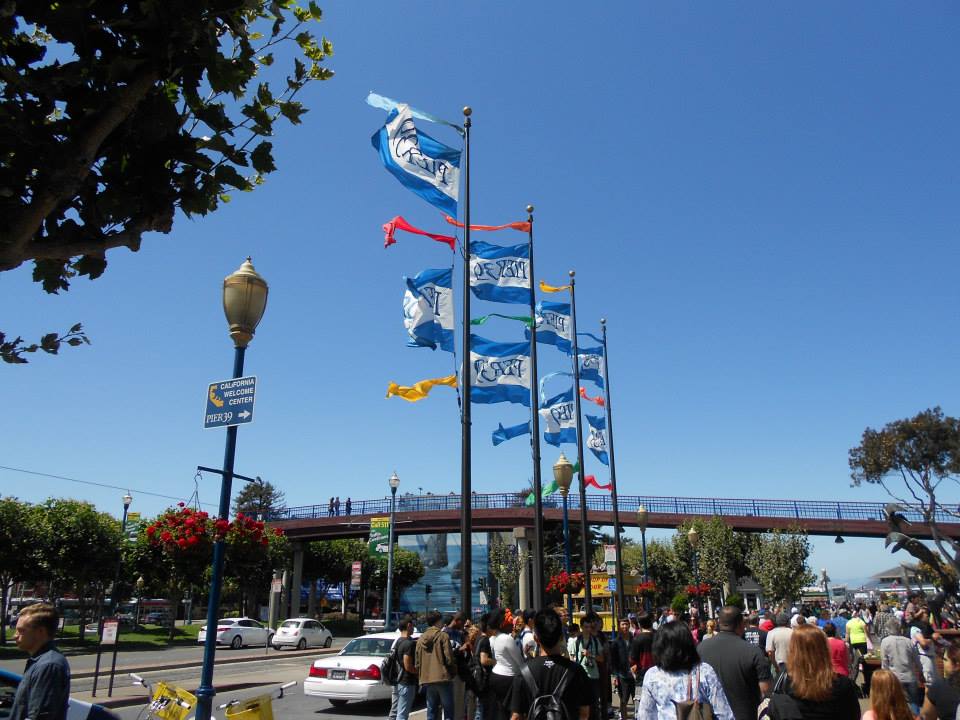 PhD student Jack Davies is currently completing a semester abroad, studying at the University of California, Berkeley. In his first blog post for the School of     History, he tells us how his first few weeks have gone…

“My chance to study abroad at UC Berkeley came about through Kent’s membership of the sGroup of Universities. This European Network of Universities is a non-profit organisation committed to fostering academic excellence and the internationalisation of its students. Both the sGroup and UC Berkeley accepted my application and subsequently I was offered a place as a Visiting Student Researcher with the sGroup’s scholarship paying for my tuition fees.

While I had managed to study abroad in France during my MA year, studying in the USA was an opportunity I wished I taken in my undergraduate years. So I was very excited that I had this chance to study at UC Berkeley for a semester (albeit a bit later than I would have liked). I am immensely grateful to both the sGroup and the University of Kent for the financial assistance that has made this experience possible.So far I have been in America for nearly three weeks, and it has been great. The UC Berkeley campus is amazing – I always thought the Kent campus was big, but Berkeley is over 1,200 acres, which is four times the size of Kent! Founded in 1868 it is the oldest university in the state and is the flagship school for the University of California. The campus is home to over 36,000 students and their history department is the top Doctoral programme in the USA – a somewhat intimidating prospect. The campus is well equipped for everything students could ever need, from 11 libraries to 4 swimming pools, Berkeley has it covered. It is so huge that I ended up in the wrong classroom. I had to sit through a lecture on Artificial Intelligence – one thing to tick off the college bucket list.

My position as a Visiting Student Researcher allows me access to the majority of the facilities the campus has to offer, but also to events ran by the Global Engagement Office and Visiting Scholars office. So far I’ve attended a colloquium (the first part of a series of events) on the jobs available in America for those who complete their PhDs and a lecture series on academic publishing from two representatives from Princeton University Press. These have both been very interesting and useful –they focused on US publishing and US teaching careers so it was slightly different to similar opportunities in the UK. It has allowed me to think about the different options available after completing my PhD and about the process of creating a monograph from my thesis.I have also been making the most of my opportunity to audit classes here in the USA to experience the difference between teaching in the US and the UK. I have chosen to audit ‘The Peculiar Modernity of Britain 1848 – 2000’ (a particularly grabbing module title) and ‘Modern Europe’ as they will both be helpful for giving the necessary context to my research on First World War Britain. The British module I was especially drawn to as they referred to Britain as ‘this small, cold, wet island’; I felt like I needed to attend if only to attest this rather accurate, yet damning description. The teaching styles in the USA are certainly different – lectures are far more relaxed and are dependent on a certain amount of audience participation. This is something that I hope to integrate into my own teaching at Kent as I have found them to be both stimulating and enjoyable.

Aside from my classes and the events organised by the Visiting Scholar office, I have been exploring the extensive collection of books on offer throughout the 11 libraries on campus. Unlike at Kent, the history books are not on the fourth floor, they are located quite conveniently one floor below the entrance to the Doe library – a far cry from the top floor of Templeman.While this blog post has focussed on my academic activities so far, this is not a wholly accurate representation of how I have spent my first few weeks in California. This semester I am living in student accommodation in a house called ‘Casa Cedar’, located in the ‘Gourmet Ghetto’ in Berkeley – I have been enjoying the many culinary delights that surround my house. The house itself is bright blue and just a 10-minute walk from the Berkeley campus. This is my first time sharing a room with other people, in fact, I share with 3 other guys, 2 of whom are international students and 1 is an American PhD student. As odd as it sounds, I wanted to share a room during my time at Berkeley as I wanted the ‘real’ American college experience. Sharing a room has been a bit of a cultural shock so far, but I’m lucky that I get along with all of my roommates. The rest of the house is a bit of a mix; I have housemates from Scotland, England, Mexico, America, Saudi Arabia, China and Taiwan. It has been a great chance to get to know people from all over the world and to better understand their own individual cultures.

I’ve spent the first few weeks trying to acclimatise myself to American culture – to find my way around campus, to explore the city of Berkeley and to travel into San Francisco. Both Berkeley and San Francisco are pretty exciting places, there’s so much to see and do so there is always something going on. Tonight, I’m supposed to be going to a comedy night on campus (after the obligatory England vs. Scotland squash match with my housemate, of course). I have attended American football explanatory classes (still no idea how it works), been to Caltopia and Calapalooza (think Freshers’ fayre x100), I’ve seen flash mobs on campus, had my first ice cream sandwich, introduced my American housemates to playing squash, and swam in the beautiful rooftop swimming pool on campus. I’ve been on a hike to a secret lake in the middle of some woods in Berkeley, been vintage clothes shopping in San Francisco (I bought a pair of converse for £9!), had picnics in the sun, and just generally had a great time. My semester in Berkeley has been amazing so far, I’ve had such a great time and I’m very excited for the upcoming term. My only regret is that I didn’t do this as part of my undergraduate degree, I can’t help but feel jealous when my housemates are only 20 years old and are enjoying their undergraduate modules on the music of the 60s and Disney Pixar movies…”