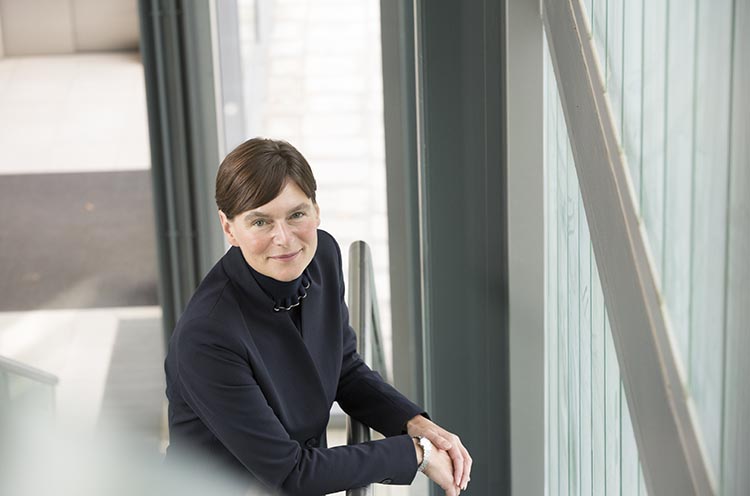 The university was last week privileged to hear a stimulating talk from Lord Ricketts, the former head of the Diplomatic Service and an honorary graduate, on the future of British foreign policy after Brexit. This was the second in a yearlong lecture series to celebrate our twenty years in Europe. The first was an ‘In Conversation’ between Chancellor Gavin Esler and Irish MEP Brian Hayes. There will be further lectures in Paris, Rome and Athens next year. Our first students started in Brussels in 1998 with lectures taking place at Vrije Universiteit Brussel and offices above a café nearby. Now the centre has its own purpose facilities with seminar rooms, lecture space, PhD offices and a social study space. Our four centres between them are home to some 375 students, with the aim to increase this to 500 by 2025 through new programmes and intercalated opportunities for the medical school.

Although the implications of Brexit for our study centres is much on our mind, we are confident (insofar as anything can be clear in the current political climate) that there will be no legal obstacles to their continued operation. Indeed, Brussels is legally recognised as a Belgian higher education institute by the Flemish government and has access to EU research funds in its own right, so there may be new opportunities to exploit. Of greater concern is how Brexit will affect student recruitment, student exchange, research cooperation and recognition of qualifications. We know that the government has committed to student loans for EU nationals up until the 2019/20 entry and has expressed its own commitment to mobility programmes such as Erasmus+.  The political declaration on the future relationship between the UK and EU (agreed on 25 November) contained some positive indicators on student exchange, research cooperation and professional qualifications. But there is much still much to play for, in particular in respect of the future visa regime for students and staff.

The most important immediate issue for the university is the uncertainty that the present situation may be causing for our staff and students. Our European colleagues add immeasurably to the richness of our university; 24% of academic staff, 5% of professional services staff and 31% of Graduate Teaching Assistant/Researcher staff are from the EU; and around 9% of our UG, and 13% of PGT students. For staff, the University is currently taking part in the second pilot scheme for EU citizens employed by the University of Kent to apply for Settled or Pre Settled Status. The pilot is open until the 21 December, and the main scheme will open in March 2019 for all EU citizens living and working in the UK. We would also like to reassure colleagues that we have been planning for the various Brexit scenarios of deal and no-deal and will take steps to ensure links with European universities for research and teaching in so far as is possible in any post-Brexit world.

We have been asked many times whether we would back a second referendum. As a university, we don’t have a policy on this but we both personally very much regret the outcome of the referendum in 2016 and would love to have another say. We think we are in really difficult circumstances and if Parliament can’t decide this the only option will be to go back to the people, either through a referendum or an election. It is worth noting that the no deal scenario would affect Kent particularly severely, with massive disruption to transport and logistics across the county. There would be issues around travel both to and from Europe (and more widely), disruption to supply lines, and there could be impacts on staff and student welfare. We are in discussion with local authorities and other appropriate bodies to see what can be done to mitigate such disruption.

It is, however, important to lift ourselves from the short-term horizon. Europe is not the European Union. We are still the UK’s European university. Europe is part of our DNA and we are determined to remain outward looking. We are proud of our European centres in Brussels, Paris, Rome and Athens. Our education and research reflects the expertise and knowledge of our European experts, and we embrace our collaborations with our European partners. That will not change.