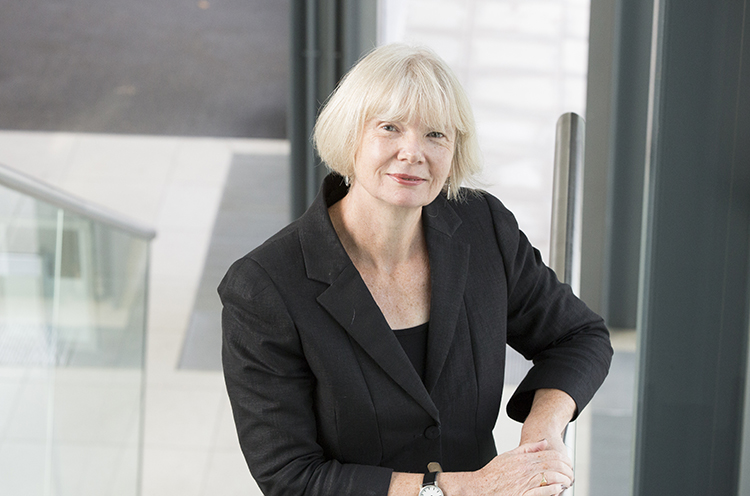 If you passed by Eliot on Friday evening, you would have seen a rather well-dressed crowd of very cheery Kent students, staff, alumni, and a number of our local friends and neighbours (including the new Lord Mayor, complete with chain of office, which put most of our best costume jewellery to shame). The occasion was the very first ever joint Kent Student Awards, co-organised by Kent Union and the University, and a wonderful occasion to celebrate the achievements of our students.

I don’t know if you have noticed lately, but our students are amazing! And it’s true, we have always celebrated that; but having two separate sets of awards from the University and Kent Union, paradoxically, used to dilute the impact a little. Being recognised by your fellow students and by your university means a huge amount – as the students at my table were keen to tell me on Friday evening.

And they deserve that recognition. To pick out just a few winners, Miguel Santos won the Outstanding Contribution to the Environment for his commitment to volunteering, including ‘Our Planet Week’ and the Oasis Community Garden project; while Arun Silva, President of the Music Society at Medway and a student rep in SMFA, is our Outstanding Contributor to Academic Communities. Sophia Gagliardi won Outstanding Entrepreneur of the Year for starting EcoFeast, an Enactus Kent project bringing together students and elderly people through cooking, with ingredients sourced from supermarkets’ surplus food. The Student Group of the Year is the Kent Islamic Society, for their work celebrating and supporting diverse cultures at the University of Kent, and fundraising for international charities. There were awards for students at Brussels and Paris, allowing some to visit the Canterbury campus for the first time and deepening our relationships with the European Centres. And the joint winners of Student of the Year are Lily Dedman, Kent Union Women’s Officer, and Valiant Dorian, Kent Union LGBT+ Trans Officer, who rather touchingly when collecting his award could at first only say ‘What just happened?’

The Awards dinner was an extraordinary reminder of what a connected, respectful, eclectic and diverse community Kent is. A wide range of staff members were thrilled to be presenting awards. We were entertained by our Musical Theatre Society and Salsa dancers. It being Ramadan, many of the Islamic Society members enjoyed the awards first and dinner afterwards. And the evening was impeccably hosted by a two-woman double-act in the form of our Vice-Chancellor and the President of Kent Union. Everyone showed huge appreciation for the winners and equally for those who might not have won, but had been nominated and shortlisted on the basis of extraordinary contributions to the local community, sports, the arts, fundraising and their fellow students. If you need to be convinced that higher education is indeed still a public good, and that our students are already contributing locally, nationally and internationally, get yourself a ticket for the Kent Student Awards next year! And in the meantime, if you are aware of a student or student group doing extraordinary things, write it down – and look out for the invitation to nominate them next spring.