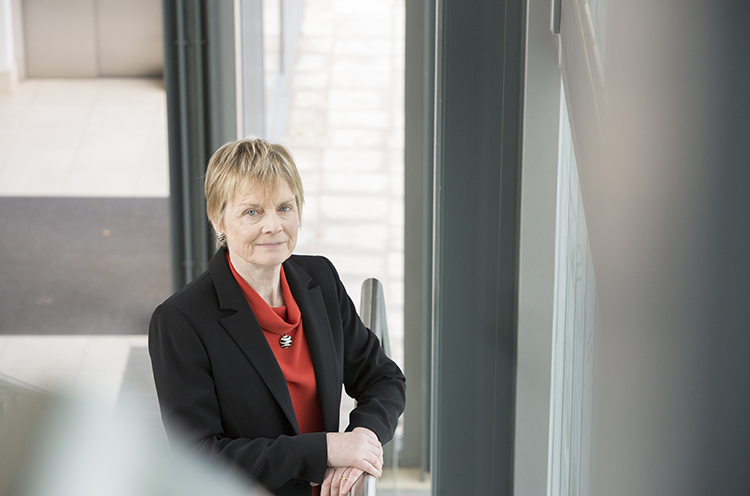 Five months ago the University of Kent, in partnership with the KM Group, launched a digital terrestrial TV Channel, “KMTV – TV made for Kent”. It sits on Freeview Channel 7 for the Medway, Tonbridge and Maidstone areas (but viewers in Whitstable and Faversham can also receive it)[1]. There are now about 30 local TV stations across the country. KMTV is the only one with a university in the lead. We have a unique opportunity for engagement with our regional community, to provide employment opportunities for students, showcase our activities and support new academic courses and modules. The contribution made by KMTV is already being used to support a bid to the AHRC to develop a Creative Cluster in North Kent/Medway.

As one of the university directors sitting on the KMTV board, I have been able to see the progress made in such a short space of time, following a lot of hard work over the last four years by staff from the Centre for Journalism as well as others from professional services areas and at KM Group. Professor Tim Luckhurst was a key driver of this development back in 2013, along with Geraldine Allinson, Managing Director of KM Media Group and this venture could not have been delivered without the partnership that they have forged.

The university is committed to the success of KMTV and already academics are engaging with and promoting their research on KMTV shows. In recent weeks we have seen interviews with Professor Tim Luckhurst discussing the budget, Professor Richard Whitman on Brexit, Professor David Stirrup discussing his research on Native Americans and Professor Karen Cox, our Vice-Chancellor and President, explaining the recent joint bid for medical places. Interns, mainly from the Centre for Journalism, also gain valuable work experience in the KMTV studios and many of the journalists on KMTV are graduates from the Centre for Journalism. We are keen to see many more schools, departments and students getting involved with the channel and a liaison role has been created, working with Liz Moran, to work with members of the university to create original programme content or features.

KMTV provides a unique opportunity to engage with the local community on specific research and, with a larger focus on ‘impact’ in REF2021, this engagement can bring real rewards. The KMTV platform also provides opportunities for innovation in teaching and the potential for alternative assessment options. We will be looking to develop strong links with the student-run TV channel, KTV.

Since its launch there has been a core team of KMTV staff who have been working tirelessly to make this local TV station flourish. Already the amount of daily original programming has exceeded targets and covers a wide range of topics. Original programming shows include Kent Tonight, the flagship news show, Team Talk, a sports roundup, Paul on Politics, a weekly political affairs show and Chris & Co, a weekly business show. KMTV have also secured several high profile stories including coverage of the Canterbury election result and the first interview with Michael Fallon after his resignation from the cabinet, as well as covering local and regional news of importance to the community, with some articles sold on to established broadcasters like the BBC and ITV.

We are keen to engage with the whole university community on KMTV so if you have any questions or ideas please do get in touch at kmtv@kent.ac.uk.

[1] KMTV can also be viewed through BT TV  Channel 7 and Virgin Channel 159 across Kent and at KMTV.co.uk