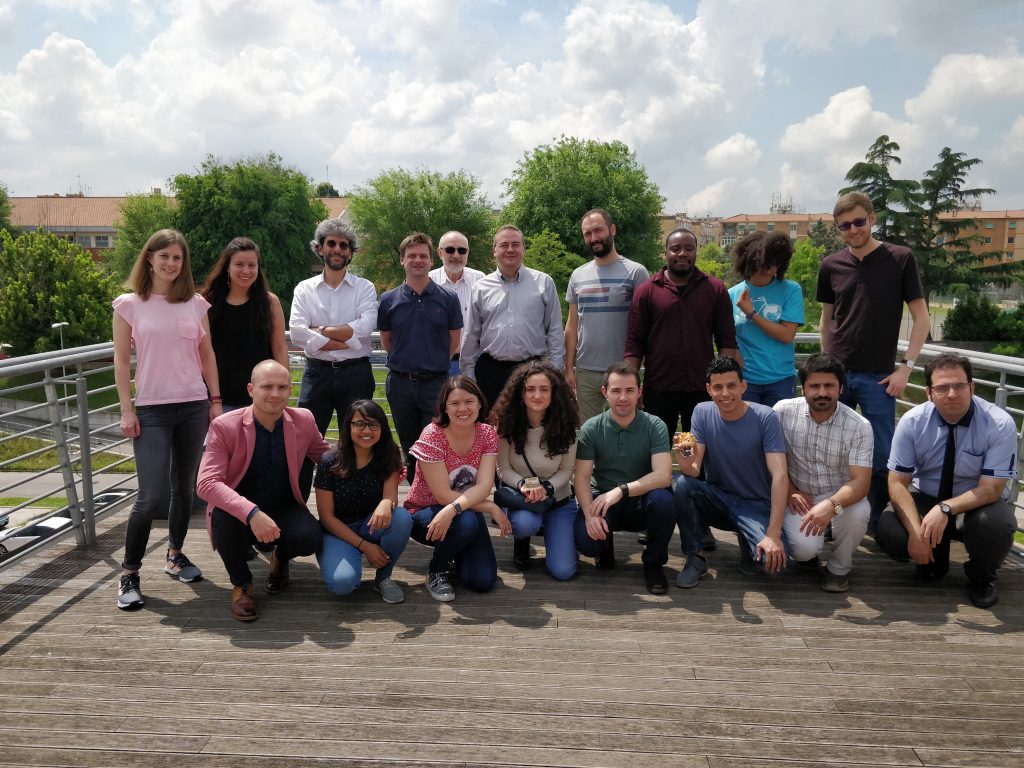 The University of Kent’s School of Engineering and Digital Arts will be holding a free online webinar to reveal the extensive and revolutionary results of their four-year research study, the AMBER Project, on Tuesday 20 October 2020 on Microsoft Teams Live.

The AMBER research project (enhAnced Mobile BiomEtRics) was awarded €2.5 million in May 2016, funded through the Horizon 2020 programme by the European Union. As a Marie Skłodowska-Curie Innovative Training Network, the project investigated issues facing biometric solutions on mobile devices.

Concluding in December 2020, the collaborative project encompasses five academic partners across Europe and seven corresponding industry partners. A total of ten PhD students have worked on the project which has been organised as a European scientific network.

Led by Professor Richard Guest, Professor of Biometric Systems Engineering and  Head of the School of Engineering and Digital Arts, the project has produced its final conclusions that will help shape and influence the field of mobile biometrics in the future. This includes advancements made in the areas of human interactions with mobile devices, security and privacy.

The growth of smart phones and tablets devices in roaming environments has increased the need to accurately identify the user. Biometric solutions (using a person’s finger, face, iris, voice, and signature to access and use a device) have also seen an increase in prominence with large scale implementations in areas such as passport, visa and national identity card schemes.

One area of the AMBER Project research analyses challenges for portable devices in providing consistent authentication accuracy, focusing on utilising users’ touch behaviour on a mobile device to create a user profile for authentication. The paper titled “Evaluation of stability of swipe gesture authentication across usage scenarios of mobile device” presents evaluation results on the stability of authentication across real-life scenarios such as walking or while travelling on transport. The research reveals the impact of body movement and environmental characterises on the biometric performance and presents a prioritised list of consistent features to authenticate a user.

Further findings from the AMBER Project will be discussed in the webinar:

Experiments were conducted to ascertain how certain environments can affect the accuracy of using swipe or key press on a device as a way to identify an individual. This has practical applications in the world of banking, for example as a means of accessing applications.

In the area of security, work was conducted to determine liveness detection. This is the method of detecting if the user is from a human or a fake interaction. In the experiments novel algorithms were created to detect fake finger prints. This work was developed alongside an industrial partner and has potential for industrial application.

The AMBER consortium has examined a range of devices such as voice assistant apps and assessed their privacy by design credentials. This research examined the flow of information leaving a personal device, and made recommendations to ensure the privacy of the end user.

Professor Richard Guest said ‘Biometrics plays an everyday role in people’s use of mobile devices. The novel and impactful research explored in the AMBER Project goes towards resolving some of the challenging technological issues encountered in the field. We hope that the work of AMBER will improve the performance and increase the security and privacy for end users.’