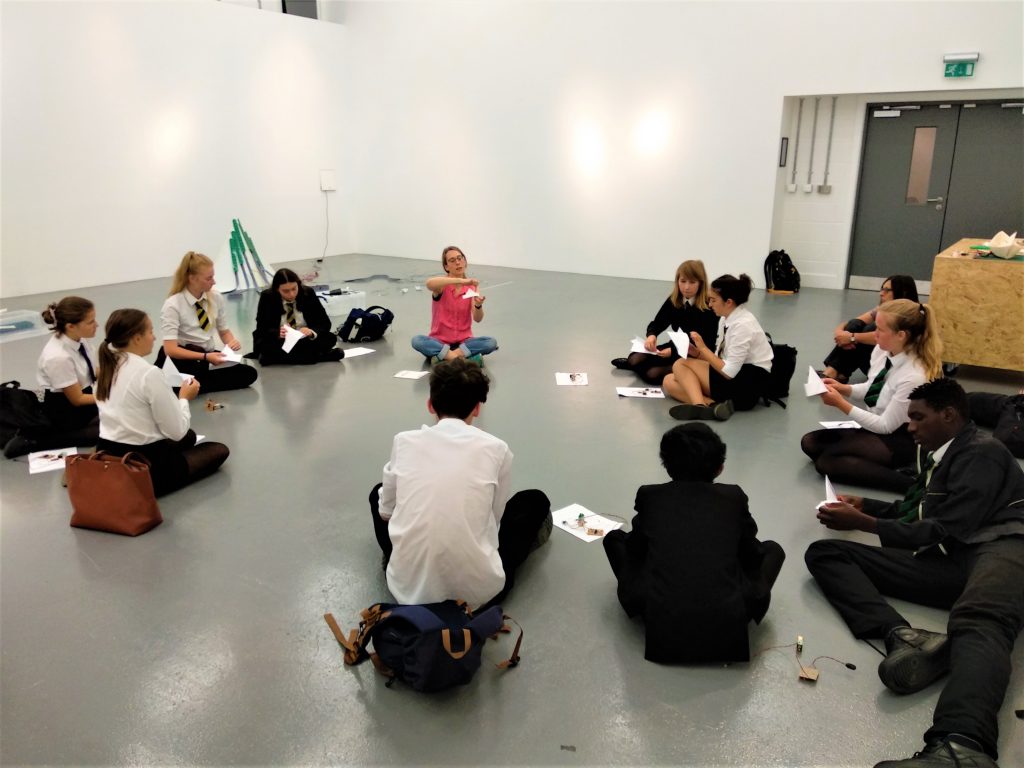 On Thursday 19th July 2018, Year 10 pupils from Canterbury Academy participated in an exciting outreach activity entitled ‘Ships in the Dark‘ which enabled pupils to build a light-sensitive circuit and participate in a media installation.

Pupils learned about electronic components by building their own light-reactive boat and used their design skills to create an electronic circuit that could sense the amount of ambient and direct light.  They then transmitted the signal to power the intensity of an LED light that formed part of a model boat that pupils had also designed and built.  After building their model boats and testing the light-reactive components, pupils then incorporated their creations into a live media art installation with a flotilla of other model boats that all reacted to light in different ways.  Using small handheld video projectors and torches, pupils and visitors will have the opportunity of playing with light to interact with the installation.

All participating pupils will have their work exhibited as part of a micro-residency at Studio 3 in the School of Arts from 16th July to 3rd August, with an open studio on Thursday 26th July and 2nd August.

The outreach activity was created by Dr Rocio von Jungenfeld, Lecturer in Digital Media in the School of Engineering and Digital Arts (EDA).  The event was ably supported by EDA’s Technical Support Team who form part of the Technician Commitment, which the University of Kent signed up to in September 2017, ensuring visibility and recognition of technicians working in higher education and research.