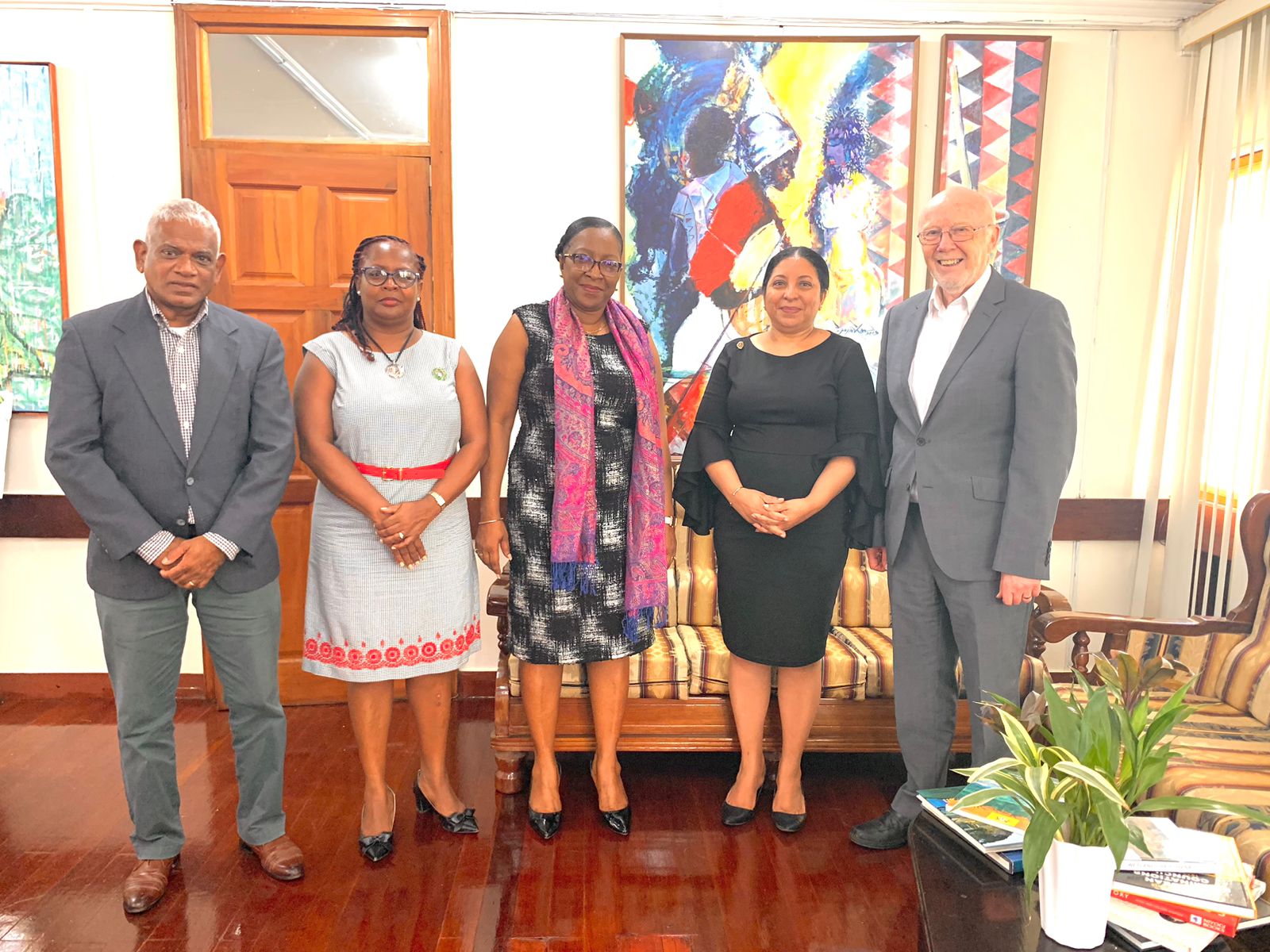 As well as delivering a public lecture on “Transport in Economic, Spatial, Social and Environmental Development” Vickerman took part in a series of talks with locals including the University’s VC and Chancellor.

‘Guyana is currently a very interesting country.’ Vickerman said of the trip. ‘One of the poorest countries in the region, major oil reserves were discovered in 2015 and this has led to it having one the fastest rates of growth in the world in 2022. This poses important questions of the right path to development which the GREEN institute is tackling with a this series of policy dialogues in conjunction with the UN to address how it relates to decarbonisation, climate change and biodiversity. Since most of the population lives in a coastal strip at risk from rising sea levels the future of its urban structure and the development of transport are key issues for the country to confront’.