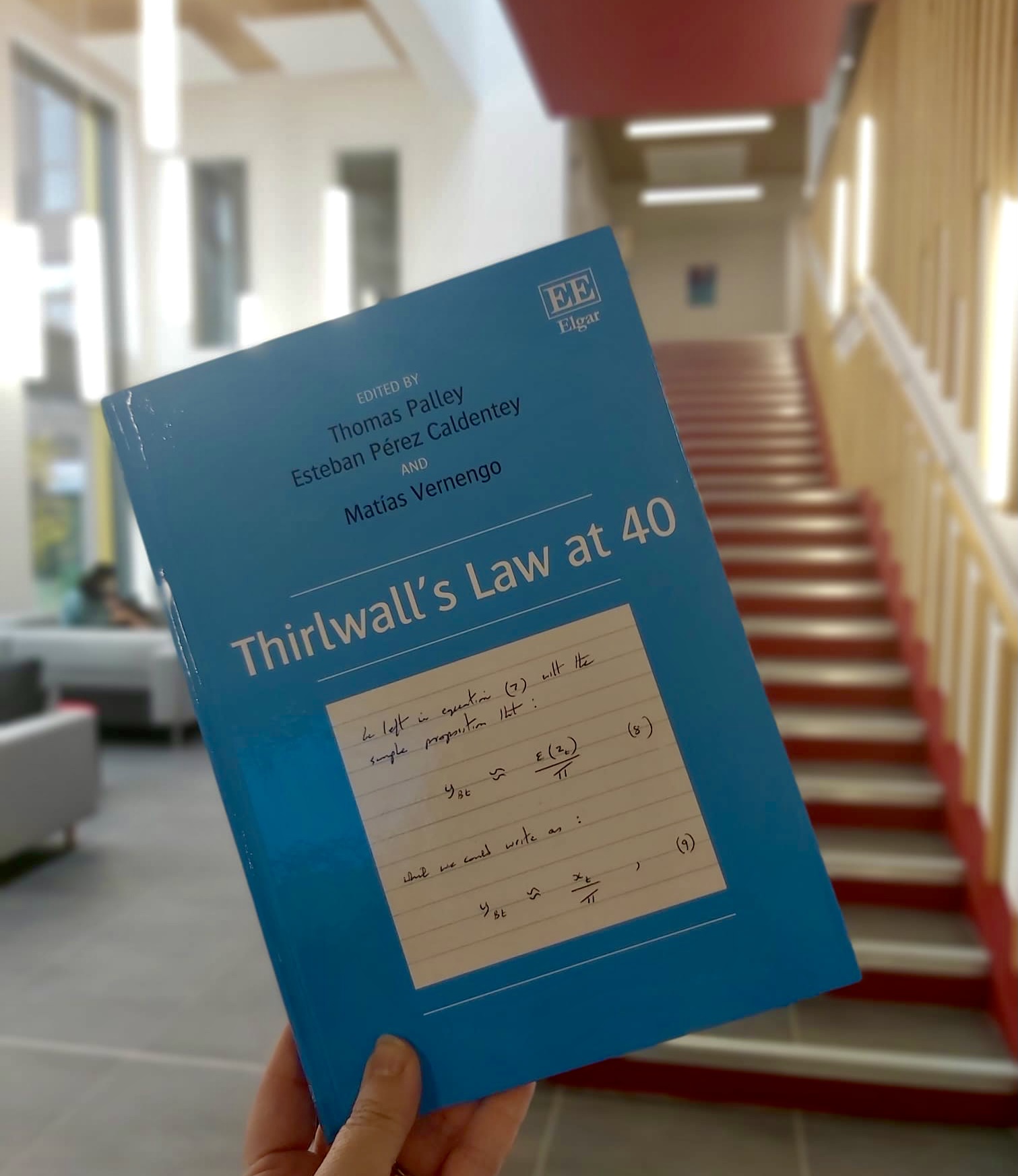 Professor Thirwall’s pioneering paper ‘The Balance of Payments Constraint as an Explanation of International Growth Rate Differences’ is being celebrated with a special edition.

The Special Issue of the Review of Keynesian Economics (Vol.7 No.1, 2019) to celebrate the 40th anniversary of Professor Tony Thirlwall’s pioneering paper ‘The Balance of Payments Constraint as an Explanation of International Growth Rate Differences’ (1979) has been republished as a book entitled Thirlwall’s Law at 40 (Edward Elgar, 2021).

Thirlwall’s law provides a theoretical underpinning for several of the arguments traditionally espoused by the heterodox followers of Keynes. In addition, Thirlwall’s law can also be viewed as a guide to policy-making. It has spurred a rich research agenda at both the theoretical and empirical levels. Theoretically the core model has been extended to include the different components of the current account of the balance of payments. Empirically, it has withstood the test of time and has been corroborated, with perhaps a few exceptions, for a variety of developed and developing countries under different historical contexts and different periods of time.

The special edition contains nine chapters including a concluding one by Professor Thirlwall himself on ‘Thoughts on Balance of Payments Constrained Growth After 40 Years’.

Tony is delighted to learn that his early work on the balance of payments and growth is still recognised.