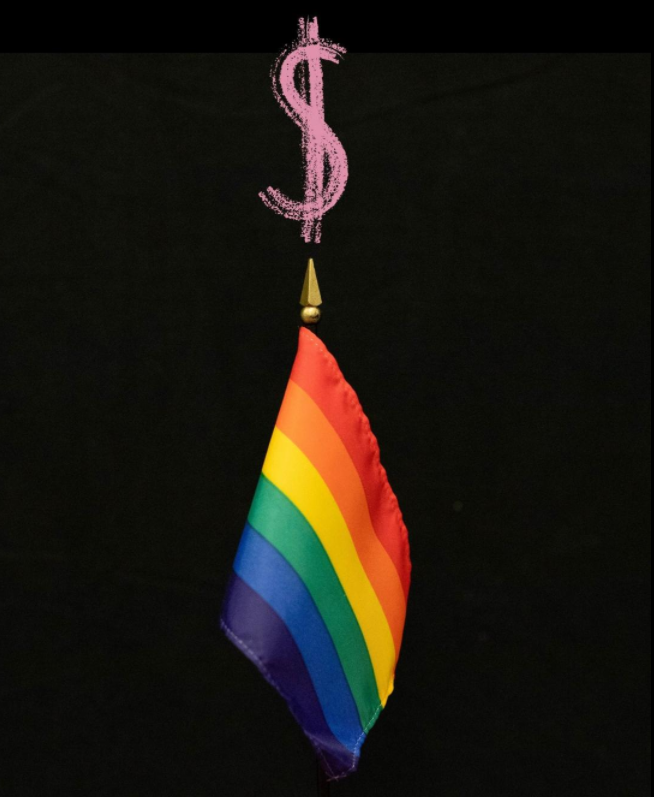 Stage 3 student Tapasya Bhandari discusses LGBTQ+ rights, the nature of Rainbow Capitalism and what we as individuals can do to help. Image credit – Elaine Thimyan; LHS today.

I grew up in Delhi and did not know homosexuality was a sexual orientation until I was 15 and moved to the UK. We had a few celebrities in Bollywood that one would hear were gay, but no one ever really “officially” came out – no surprise since homosexuality was not decriminalised in India until 2018. I think part of the reason I did not even know what homosexuality was (let alone LGBTQ+ or the community’s struggles) due to a lack of access to the internet hence there was no scope to explore any curiosity combined with the cultural setting I was in. It was not until I moved to the UK that I started researching on the LGBTQ+ community, their struggles, rights etc.

The more I learnt, the clearer it became what is right and where my allyship lies – no human being should be discriminated against, harassed, or killed for who they are and whom they love. No religion or political ideology can ever justify violence against the LGBTQ+ community.

Then came the question of what can I do about it? As a heterosexual woman, can I even do something about it? Of course, I can! We all can, I do not need to be a part of the LGBTQ+ community to stand against homophobia and transphobia. The same way I do not need to be black to support BLM or the same way one does not have to be a woman to be a feminist. As part of finding my political/human right footing, it was key that I challenge people around me who displayed remotely discriminatory behaviours, support charities working at grassroot levels and actively participate and celebrate events such as Pride to commemorate the Stonewall riots of 1969 in NYC. Hence, just like many others, I got sucked into buying rainbow clothing/accessories as a way to support/celebrate Pride in the month of June.

It was not until a couple years ago that I had even come across the concept of Rainbow capitalism (Pink capitalism). To put it simply, the phenomenon of including “gays/lesbians and/or people with other non-mainstream sexual orientation to the market economy” to increase profits by companies is pink capitalism, (Roque Ramírez and Horacio, 2011). It is a combination of sexual orientation, market economy and capitalism where people are differentiated in sexual orientation and “gays/lesbians – especially white, middle-class and urban gay men – are considered as target market” since they are the affluent buyers of the above products/services (Lorenzo Yeh (Junzuan Ye), 2018).

One may ask, since pink capitalism increases visibility and inclusion of the LGBTQ+ community, is it really such a bad thing? My understanding of this is that, although it increases inclusion at the surface, it is uncertain whether it has any impact at grassroot level. Does it help those within the community that suffer even more (due to intersectionality e.g. transgender people of colour, lesbian women, gay men of colour etc.) in comparison to their counterparts that the emerging LGBTQ+ market is targeted at? Or is it just a mechanism for (already) huge companies to make even more profits? There have also been several reports that although numerous companies reap benefit through pink capitalism, they do little to no work on substantially supporting their LGBTQ+ employees. Similarly, LGBTQ+ rights go much deeper than gaining acceptance by society at surface, for instance, LGBTQ+ homelessness “makes up 40 percent of all youth homelessness” and in the recent months, 33 US states have passed more than 100 bills that curb the right of trans people.

Hence based on above, we can ask ourselves, what do we do to better support the LGBTQ+ community in the above context? In addition to educating ourselves and speaking up, I think one way would be to be more conscious of our consumption by undertaking research into which companies actually support charities or groups working with the LGBTQ+ communities, especially marginalised segments of the community. We can also purchase goods/services directly from LGBTQ+ business owners to support them. The idea is to truly economically support the community and not just paint the rainbow on one’s cheeks in celebration of Pride.

Further, if you’d like to support charities working in the area, here are some recommendations.