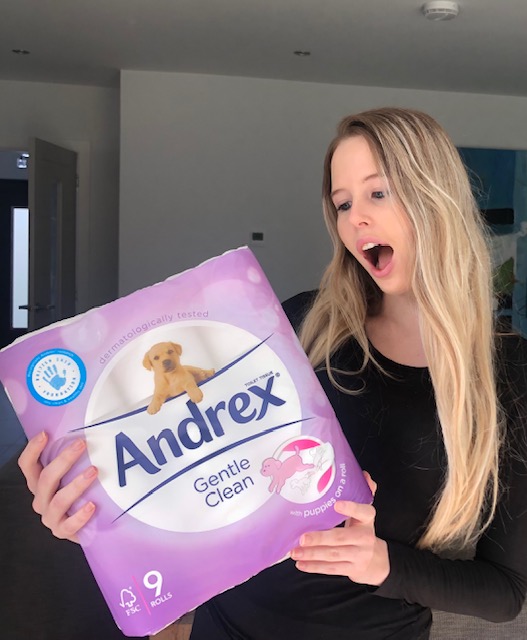 “I had no idea when I applied that the job I was entering was going to become a heavy focus for every business going forward.”

Let’s start by rewinding to my second year. I began my applications for placements as early as possible; we had been advised that it may take many rejections before we were asked for an assessment. So I created a spreadsheet to monitor my applications. Many applications, numerical reasoning tests and video interviews later, I finally got invited to some assessment centers.

My second assessment was at Kimberly Clark for a role in ecommerce and digital. I walked into the office and felt welcomed immediately, the day consisted of presentations, group tasks and discussions. I was delighted with how it went, and the team really felt like a family. This was where I wanted to work! This was Spring 2020. Little did I know this industry was about to explode. At the start of my placement, I was told that it was my responsibility to shape the path of my placement, I was able to get involved in projects and tasks that I thought would enable me to explore my future career path.  I can count on one hand how many times I was able to go into the office, my introductions, meetings and training sessions have all been online. “You’re on mute” was the most commonly used phrase for the first few months.

Toilet paper becoming such a precious commodity to the entire UK population and eCommerce becoming  essential to daily life related directly to my role. It was exciting to work in this fast-paced environment where my sector became the centre of everything and companies looked to build ecommerce as fast as possible.  Data became more important than ever, I decided I was going to shape my placement to Data, Analytics and measurement. I built a brand-new tool for markets all over the world to enable the business to monitor, visualise and analyse their online presence in a simple and effective way. I couldn’t believe the impact I was making on such a big corporation in many different countries. Also I was growing as a person and finding opportunities in this rapidly changing environment.

COVID-19 has certainly been strange and a difficult time for many of us. I tried to view this challenge as an opportunity. The pandemic brought significant changes to the online world and these changes became my world, the changes built a perfect foundation for me. I had no idea when I applied that the job I was entering was going to become a heavy focus for every business going forward.’

“Our most significant opportunities will be found in times of greatest difficulty.”– Thomas S. Monson

Tayla-Leigh Dos Santos is studying for a BSc (Hons) in Economics with a Year in Industry.