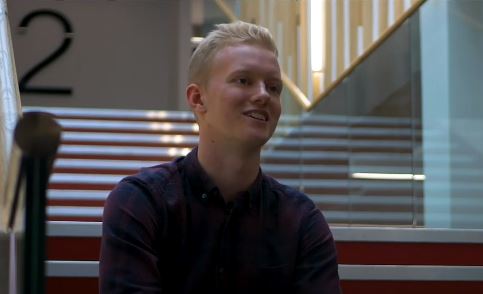 Stage three student Joel Pointon blogs about some of the economic aspects of the covid 19 pandemic on his generation.

“‘Unprecedented’ is a word which has been thrown around recently. I am sure lots can relate – it has been a year like no other. When it comes to Economics, things are no different; we have seen the unthinkable and experienced the unpredictable. In many ways, this crisis will make existing inequalities worse; those who were doing well before are likely to continue to, whereas those who were struggling before will be made even worse off.

A particular inequality of interest (besides gender, ethnicity and others) is intergenerational inequality. The older you are, the more likely you are to emerge from this crisis relatively well (relatively is a key word there). For young people, they have been hit by lost education, redundancy/furlough, and increased national debt (which we will have to pay off!).

Lost education means that students struggle to remain competitive in displaying the workplace skills that others (of different ages, that haven’t missed education) have. Further, a contraction in GDP (recession) means that firms are producing less, so need less workers – it’s harder to get a job! Young people who were employed coming into this crisis are also 3x more likely to be on 0-hours contracts (Source: LFS) than the average Joe. Even if they aren’t on such contracts, they will have less experience generally (the unfortunate side effect of finding a job after leaving education), so are likely to be the first to be laid off!

This is reflected in the fact that 24% of 16-24 year olds who rent accommodation were on furlough (Health Foundation). Given that 68% of the same age group are in private rented accommodation, it shows how many young people are likely to struggle to pay their rent once the furlough scheme ends. This will compound existing mental health struggles.

Overall, young people are more likely to struggle to compete in the labour market, and are more likely to be unemployed both now and over the long term. To contrast this, the elderly have their income guaranteed with a pension. Adding to this, the Triple Lock pension system means that their incomes will rise by at least 2.5%! All of this is without even considering national debt – which is rising and expected to continue to for a number of years (OBR, IFS) – this will inevitably require higher taxes, which disproportionately affect young people, who will shoulder the cost for longer.

Is this all bad news? Well, I will admit it does make for a depressing read. Fortunately, the chances are that if you are reading this, then you are an Economics student. We are statistically less likely to be unemployed (own calculations from LFS, as above) – clearly the skills you gain through studying for an Econ degree are valued in the marketplace. This isn’t to say that it won’t be hard to find a job – not at all – but, fortunately, Economics students should emerge relatively better than other graduates, so take some encouragement from that… “

Joel Pointon is a Stage Three Student and President of the Economics Society.