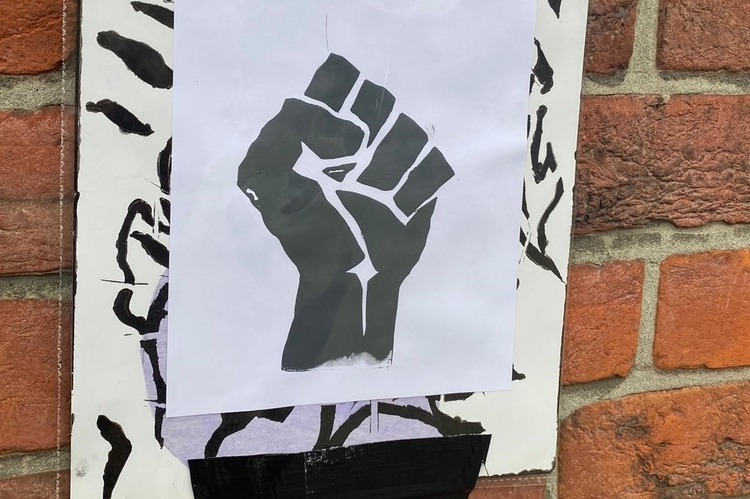 Dr Guy Tchuente, responds to George Floyd’s death in Minneapolis this month, as an economist, as a black man, and father of a black boy.

The death of George Floyd on the 25th of May 2020, in Minneapolis, US, under the police custody, has sparked a wave of protest and indignation across the globe. The video of police brutality against an unarmed and non-violent black man has communicated or confirmed to the hearts and minds of many what several years of research in social science have labelled ‘systemic discrimination against blacks’. Rooted in history and popular propaganda, discrimination against black people comes in many shades: physical, mental, judicial and economic. Physical violence in the hands of the public forces, as in the case of Mr Floyd. Mental, verbal or moral abuses by people in authority as in the “Windrush” scandal. Documented disparity in conviction and severity of charges in the judicial system. Large inequalities in access to employment, housing and credit. Economics teaches us that people respond to incentive and act to maximize their welfare. After discussing different theories of discrimination, I will analyse how these theories apply to the police and society. Better monitoring of police action using live streaming, increased awareness of our individual and societal biases and the promotion of interracial interaction are advocated as potential remedies to racial discrimination.

Statistical discrimination on the other hand is based on valid statistical inference. A Doctor may discriminate when prescribing a vitamin D supplement between black and white patients in the UK; while a white person could need a vitamin D supplement, a black person may more likely need it. In this case, police officer, judges and employers will use existing, current, accurate and aggregate information to take a decision. However, the use of valid statistical inference does not mean that the decision will not play against black people in particular circumstances or because those statistics may be generated from a history of discrimination.

Police brutality and inequality in criminal penalties endured by black people could be rooted in taste or in statistics.  The recent history of enslavement and colonialization are both sources of discriminative social preference construction against black people (first to help slave traders and later to justify the colonial enterprise). Thus, while being shocking, the recent events leading to Mr. Floyd’s death are the consequences of our past. The police force, as well as many other members of the society, may have inherited or constructed preferences that discriminate against black people. As a result, the provision of protection in prosecution have been unequal. Thus, more crime and more conviction of blacks have occurred, providing statistics to support statistical discrimination against them. The racial statistic (objective or subjective) used by the police are likely to promote discrimination. Moreover, the police and the judiciary operate without any market competition (except for the immigration market with a large cost both for the society and the individual).This limits the possibility to rely on the market forces to correct preferences and produce more reliable statistics in the long run. In the absence of market forces, we should imagine a new type of intervention using modern information technology as well as legal innovation to monitor the action of the police and produce robust racial criminal statistics for future generations. Police interventions are carried out on the behalf of society. This gives the taxpayer and all members of society the right to monitor their activities. Mr Floyd’s death was made known to the public and acknowledged thanks to the existence of bystander filming. The police report would have led to a different story. This suggests that a mandatory live filming, shared with a racially selected sample of the population and securely stored is more than needed, especially when the interventions involve black people. Concerning the provision of protection to the community, public disclosure of the outcome of case by race should be mandatory at municipality level.  These monitoring measures will enable the production of criminal statistics and an active monitoring of the action of the police forces, central to reduce discrimination.

As for the construction of preferences, economic literature has shown that increased interracial contact can serve to reduce the level of taste-based discrimination. The results of this research suggest legally mandatory offers of community service in groups of different races, by police officers can be useful. These interracial experiences should be created with the expectation to build trust between the police and communities.

The police and the judiciary system may have been put under the spotlight by the horrible murder of Mr. Floyd, but in many aspects of our lives where market forces can’t or are slow to punish discrimination, there are stolen dreams, hope murdered, peace destroyed by racial discrimination. In 2018/2019, 2.5% of academics and less than 1% of professor were black in the United Kingdom higher education sector. The proportion of high-profile positions occupied by blacks is closed to zero. These inequalities remain despite historical efforts by law makers via multiple regulations to prevent or mitigate the effect of racial discrimination. It seems very difficult to undo centuries of racially biased preference and actions only by legal changes. The current global wave of indignation offers an opportunity to each of us to revisit our individual racial preferences, to reflect on the source and use of our racial statistics. The unfolding of the event is timely here in the U.K., as recent changes in immigration policies, the identity debate surrounding the Brexit vote have induced a substantial increase in racist hate crimes and violence again minorities.

As a black man, and father of a black boy, the images of George Floyd’s murder were terrifying.  My pain was filled with anger and sadness toward “humanity”. Yet, the wave of protest, following the events, has turned my sadness into hope. Hope that my kid will not have to fight the fight I have avoided. Hope that humanity is still shared by many. Hope that love, selfless love has defied fear of a deadly virus to claim justice. As for my anger, I am still looking for a cure to it. The insurance for justice for the next generation and for Mr Floyd’s family will certainly help.

History teaches us that identity is used to discriminate. Moreover, and sadly, there are people benefiting from discrimination, via a racial rent, who will fight through direct and indirect means to maintain the status-quo. The ongoing protest will, I hope, lead to new tools to help society deal with discrimination. Nevertheless, at the individual level we shall all play our part. We shall fight the unfair racial status-quo, where it exists. Challenging the society and our own racial assumptions should be a permanent quest.  In an environment where the market can’t operate, the interracial groups and associations should be promoted. As for police racial discrimination in the use of brutality, public livestreaming of the police intervention to an elected diverse board of members of society and the promotion of interracial contact maybe useful to reduce the racial bias.