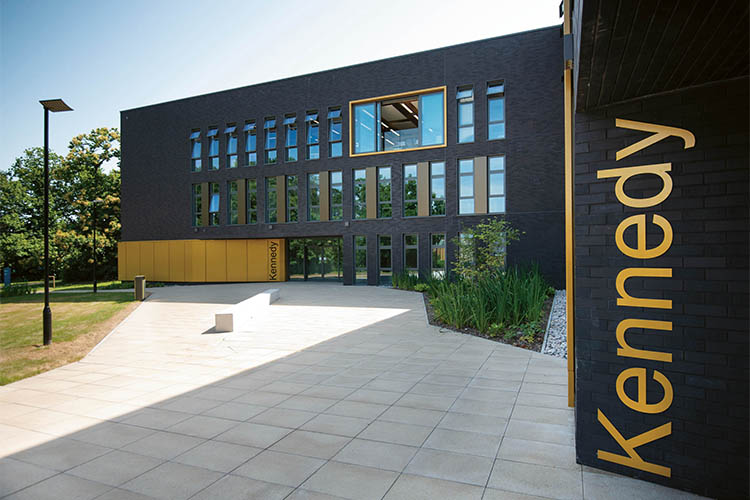 Our new building is named after our eminent colleague, Charles Kennedy. He was appointed the first Professor of Economic Theory at the University of Kent in 1966. Kennedy was one of the most distinguished economic theorists of his generation.

Trained at Oxford, he was a contemporary of other famous Oxford economists such as Sir Roy Harrod, Ian Little, and Nobel Prize winner Sir John Hicks. During his lifetime, Kennedy made fundamental contributions to welfare economics, growth theory, capital theory, the theory of technical progress and to open economy macroeconomics relating particularly to developing countries which resulted from a five-year spell at the University of the West Indies before coming to Kent.

Kennedy died in 1997 at the age of 74. I wrote his obituary for the Economic Journal, and when I sent a copy to the famous American economist, Paul Samuelson, he replied ‘the only immortality scholars can have – or hope to have – is in the surviving impact of their innovations. Economics will permanently bear witness to Charles Kennedy’s creativity’. Kennedy and I had great fun together in the early years of Kent’s School of Economics; I owe him an enormous intellectual debt, and I still miss him today.