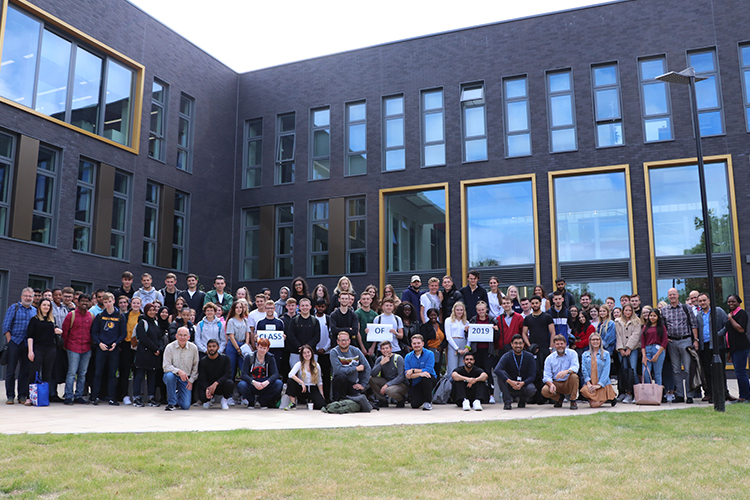 On Monday 9 September the University welcomed 90 learners from the UK’s first degree-level economics apprenticeship programme to its Canterbury campus.

A partnership between the University and the Government Economic Service (GES), the Professional Economist Degree Apprenticeship will create new routes to careers in the Civil Service and a wide range of other employers for young people who would prefer to study for a degree whilst working at the heart of government, the regulatory sector and in commerce.

The apprenticeship standard on which the programme is based was developed by a group of economist employers that included HM Treasury, the Bank of England, as well as a range of consultancies and third sector organisations.

Kent’s School of Economics, in conjunction with its Centre for Higher and Degree Apprenticeships, will deliver the programme.

Between 9 and 13 September the learners from GES, Civil Aviation Authority, Bank of England, Jacobs, Ofcom, Environment Agency, Arup and Northamptonshire County Council will meet with University staff, a variety of chief economists from their employers and begin their academic studies.

A list of organisations participating in the next programme will be published shortly on the Centre for Higher and Degree Apprenticeships’ LinkedIn, Twitter and Facebook channels.