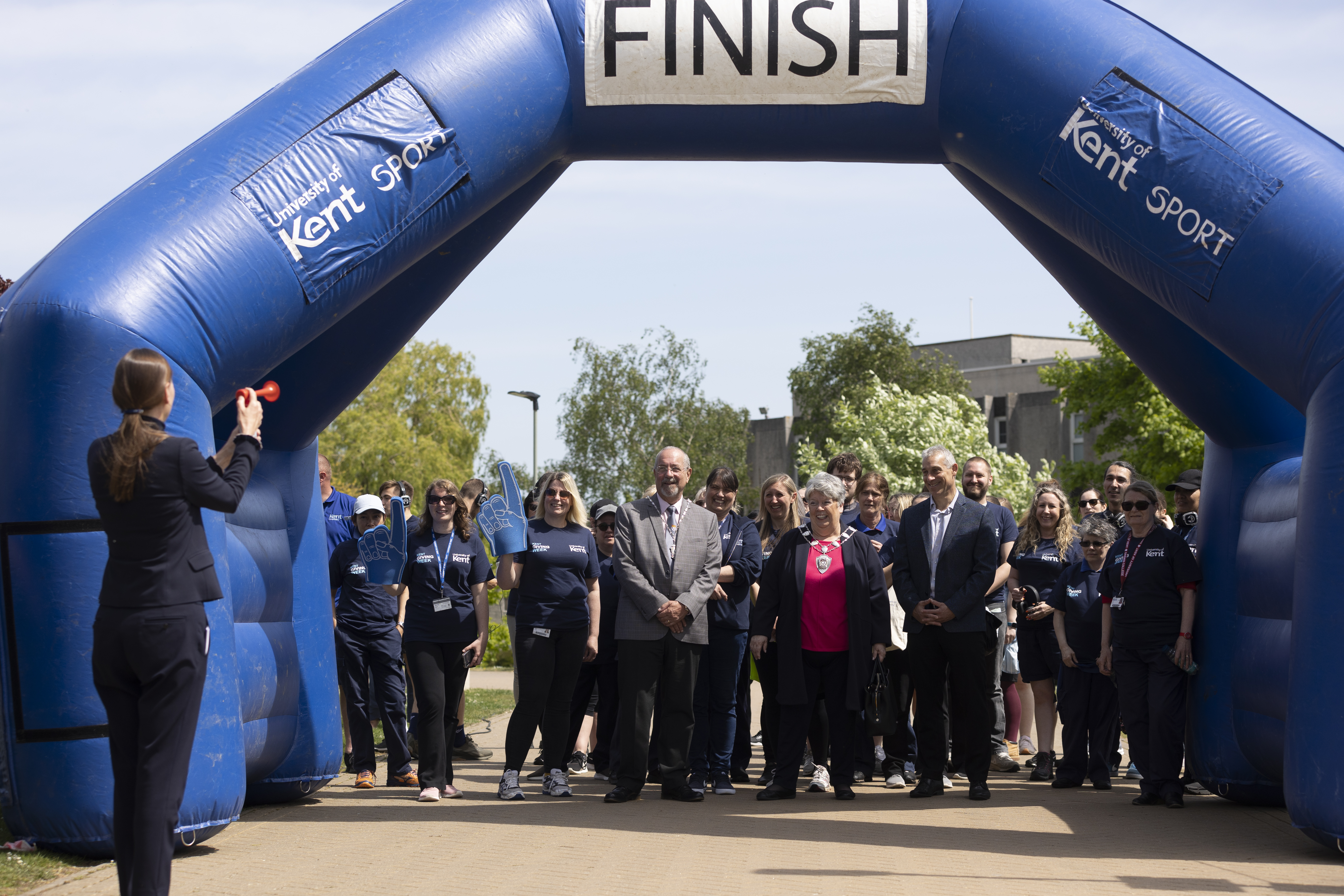 The University of Kent’s Vice-Chancellor, Professor Karen Cox, officially launched the first ever Kent Giving Week on Monday 9th May at a 5km sponsored walk around campus attended by staff, students and the Sheriff of Canterbury.

Each year the University will organise a range of activities during Kent Giving Week to raise funds for life-changing University projects and this year all funds raised will be directed to the Parkinson’s Centre for Integrated Therapy.  The Centre, a partnership between the University, Parkinson’s Care and Support UK and the Kent Multiple Sclerosis Therapy Centre will provide individualised and integrated non-drug therapies all under one roof to improve the physical and mental wellbeing of people living with Parkinson’s disease. It will be the first of its kind in the UK to provide the therapies, knowledge, tools and social community needed to overcome many of the physical and mental limitations imposed by Parkinson’s.

From Monday 9th to Friday 13th May, various fundraising and engagement events were held including the 5km campus walk, a lunchtime concert performed by the East Kent Rock Choir, Parkinson’s themed TED talks, a livestream and a moving challenge to encourage our supporters to get active by running, walking, swimming or cycling a collective distance of 5,000km.

We would like to thank everybody who supported the 2022 Kent Giving Week and for making it such a huge success. During the week we raised the incredible sum of £27,637.30 which will fund a year of group exercise classes for people living with Parkinson’s once the Centre opens in September this year.  If you would like to contribute towards this campaign, you can make a donation online or contact us on giving@kent.ac.uk to discuss your support in more detail.

Photographs from the week are available on our website and the livestream, a four hour non-stop extravaganza hosted by Dr Olly Double and a dedicated team of student co-hosts, is still available to watch online.  This included an interview with Paralympic skier and Kent student Millie Knight and a scavenger hunt and story time with Gem from the CBeebies smash hit Swashbuckle.

We look forward to next year’s Kent Giving Week and hope to see you there!