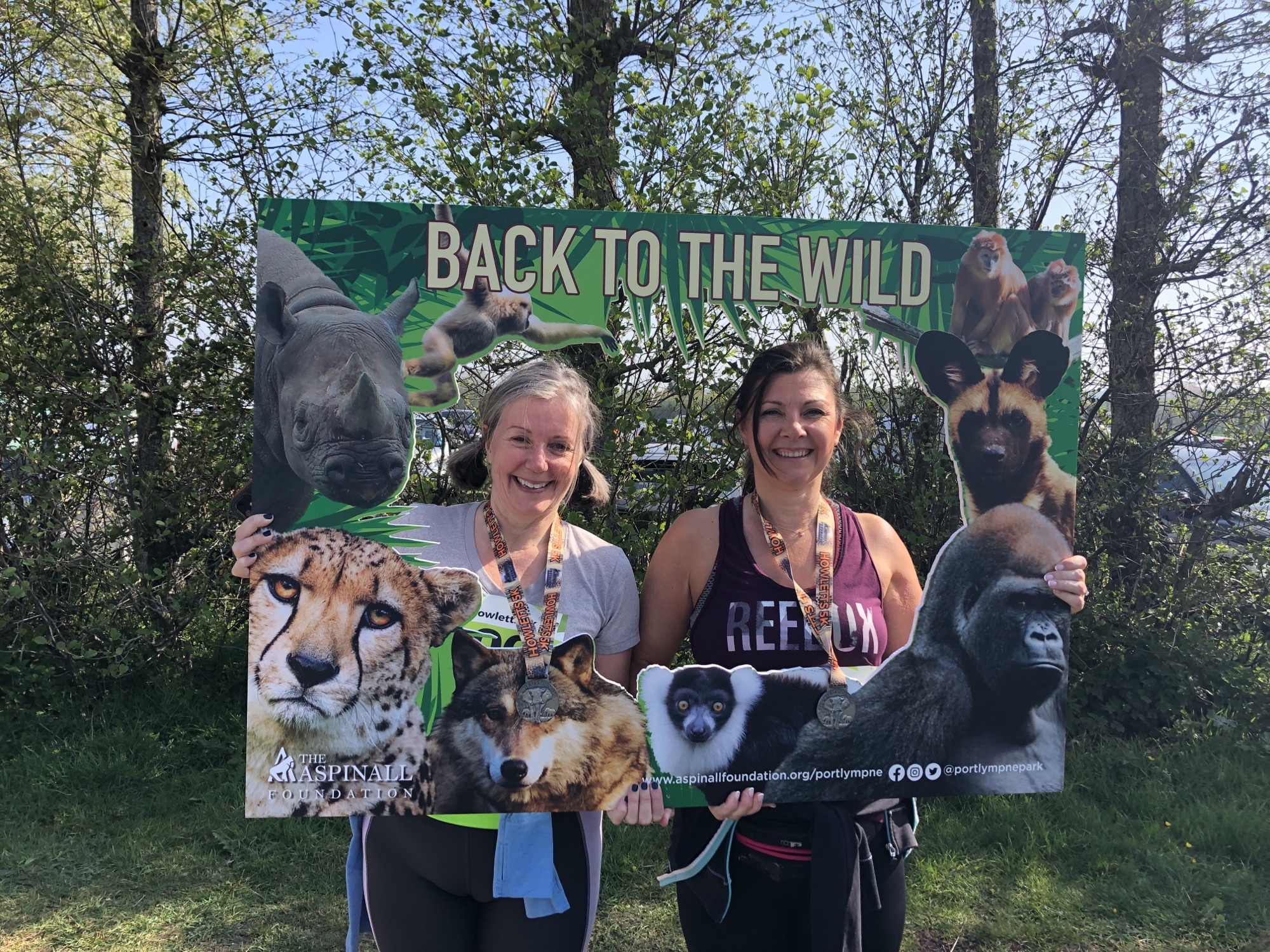 Ann West and Sue Tingle, staff members from the King’s School, Canterbury, joined hundreds of other runners for the annual Howletts 5k Run on Sunday 24th April to raise money for the Parkinson’s Centre for Integrated Therapy which the School has chosen as their Charity of the Year.

They completed the course, which saw them run through 90 acres of parkland, in under 38 minutes which is a great achievement for them both, especially being non-runners.  During the race they ran past over 45 species, including Kent’s only giant anteaters, gorillas, leopards and monkeys as well as Rita the Ostrich running alongside in her enclosure!

They have raised over £320 for the Parkinson’s Centre for Integrated Therapy and we are most grateful for their support.

Ann and Sue – we can safely say you are now officially runners!

If you would like to support their fundraising efforts, you can still sponsor them online.