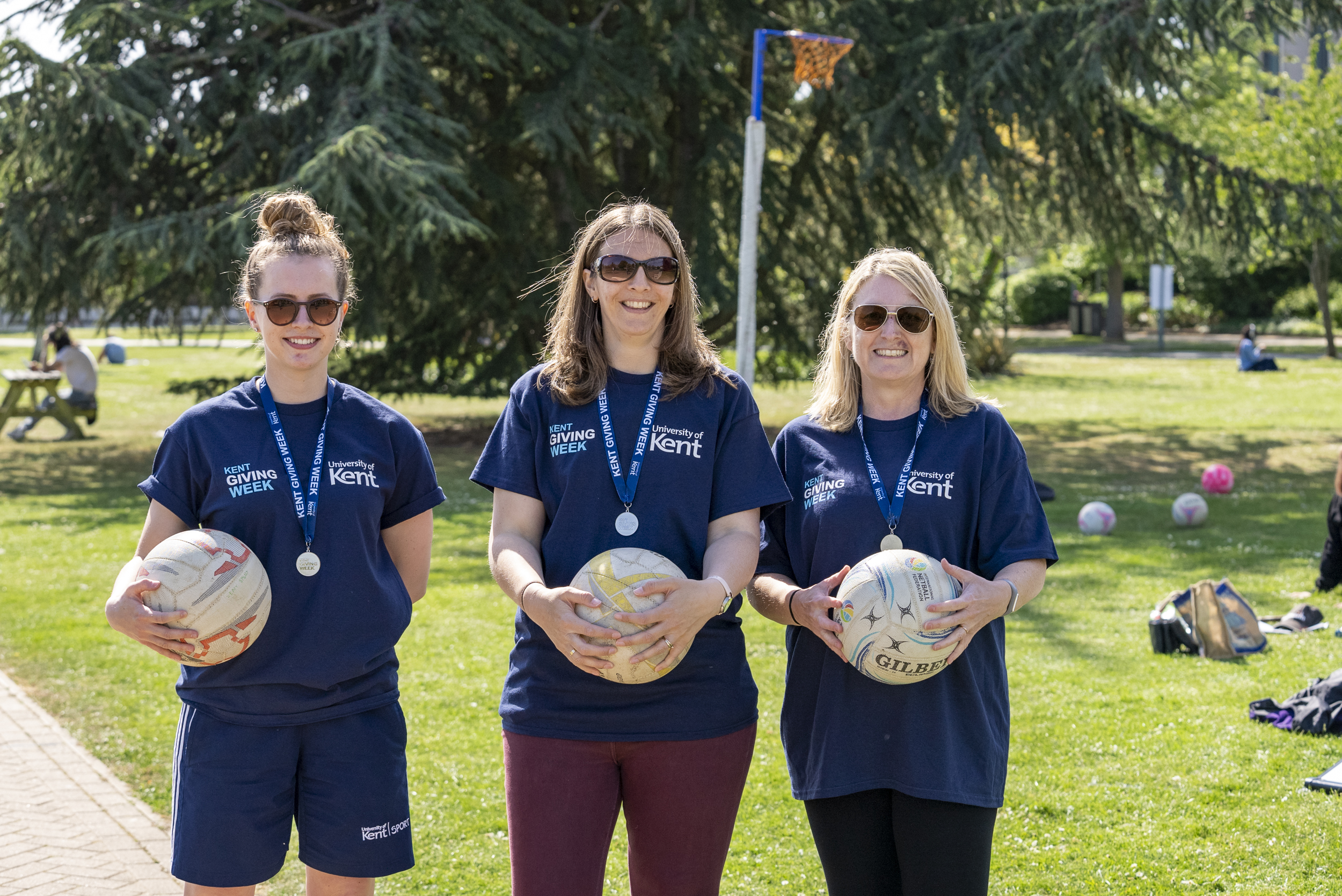 During Kent Giving Week the University of Kent’s staff netball team ‘Kent Unicorns’, took on the Moving Challenge in their own way and pledged to donate £1 per goal scored during their Tuesday match in the Thanet Netball League.  The game was a win to the Unicorns, with the final score being 28-5.

The Unicorns then took on a Netball Challenge during Friday’s livestream event, with team members each taking turns to score as many goals as they could in 1 minute.  Unfortunately, none of their shooters were able to make this event, but they gave a good show, with their team captain, Ali Webster, scoring the highest, with 12 goals.  The Unicorns added these to their total on Tuesday night, making a total donation of £45 for the Parkinson’s Centre for Integrated Therapy.

Vice Captain, Emma Marku, who works within International Programmes, said ‘it was once again great to get involved with events on campus, to be part of that community, while doing something that we all enjoy and at the same time, raising money for a worthwhile cause‘.

Kent Giving Week is a week of fundraising activities raising vital funds for the University, with a focus this year on raising £25,000 towards the Parkinson’s Centre for Integrated Therapy. The Centre will provide integrated and individualised non-drug therapies to improve the mental and physical wellbeing of those living with Parkinson’s.  For more information about the Parkinson’s Centre for Integrated Therapy please click here.

You can still make a donation here.

If anyone is interested in getting involved with Netball, you can go along to ALL Active Social Netball every Monday lunchtime, 12.30-1.30pm in the Sports Centre. Kent Sport membership required. Minimum membership £2 per session with pay to play membership. For more information, please see our website or follow @ALLActiveKent on Facebook, twitter, Instagram or TikTok for updates.