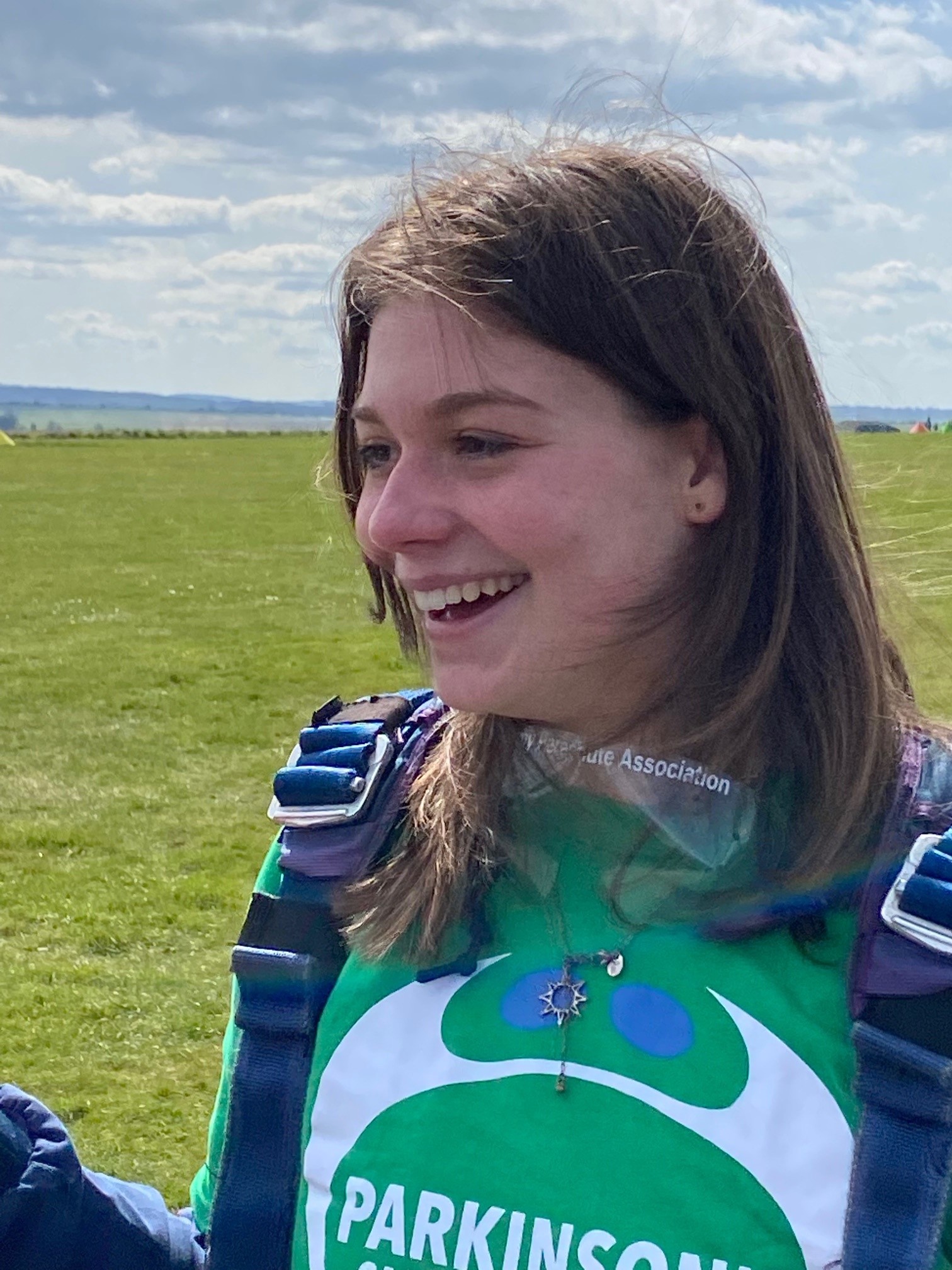 On Sunday 10th April 2022, a group of intrepid supporters took part in a skydive to raise vital funds for the Parkinson’s Centre for Integrated Therapy and mark the start of Parkinson’s Awareness Week.  Sophie Wilkinson was one of the team members and describes her experience below.

“When I arrived at the airfield, I was absolutely terrified! I hadn’t allowed myself to process what was actually going to happen until that morning and so it all hit me in one huge wall of fear – according to everyone around me I was as white as ghost. However, after talking to all the amazing people around me who also did the skydive for Parkinson’s Care and Support UK I began to relax and actually look forward to the jump.

After a training session, I met my instructor; he was so relaxed and cool about everything going on that I couldn’t possibly show any nerves or worry – this forced me to act very cool and blasé about the whole skydive which resulted in me calming down much more.

I went up in the plane with a couple others from the Parkinson’s Support group and whilst we ascended, all features on the ground slowly started to become ant-like until they disappeared below the clouds completely. It was time to jump…

Falling out that plane was the most exhilarating feeling I have ever experienced – I felt like I was flying whilst also being on the most thrilling rollercoaster all at the same time.

When we finally landed and returned to the group there was an amazing buzz in the air. The feeling of the adrenaline from the skydive on top of the knowledge that by doing this we were contributing to a revolutionary centre with cutting edge and holistic care for those with Parkinson’s was like no other.

I ended up raising £550 and collectively we brought in over £11,000!! This money will massively help to bring the centre a step closer to opening and hopefully make a huge impact on so many suffering with the condition.”

On behalf of the University of Kent and Parkinson’s Care and Support UK we would like to thank all the participants of this skydive for their bravery and support!

If you would like to take part in a similar fundraising event, please contact us on S.Boswell@kent.ac.uk to find out how we can support you.