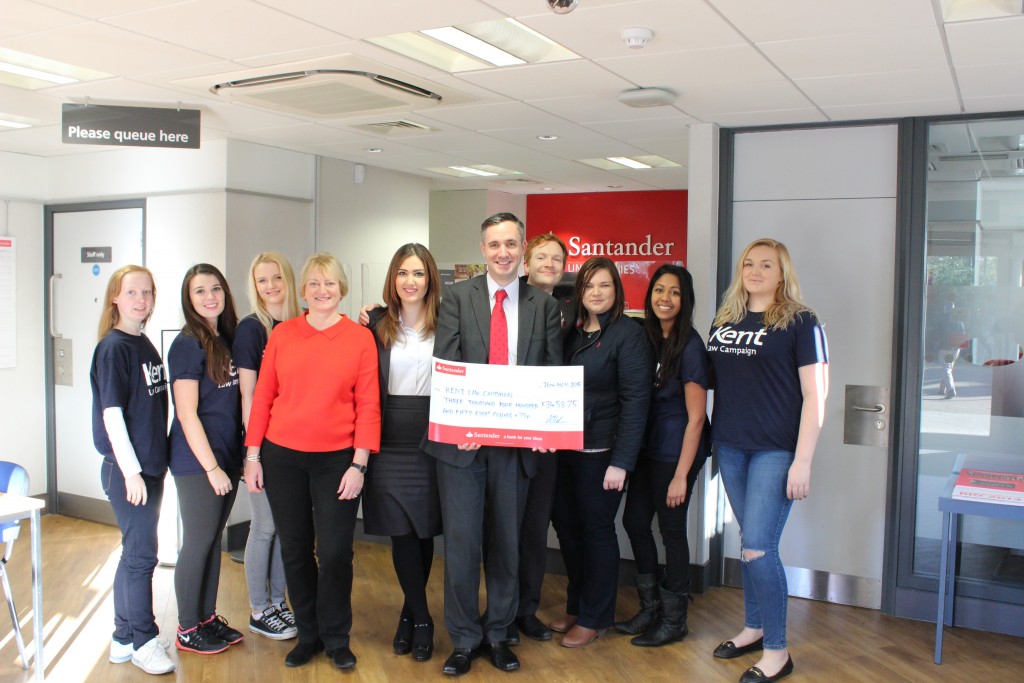 Staff members at Santander Universities have played an important role in supporting the Kent Law Campaign Student Group fundraising activities and initiatives as well as taking part in their own personal challenges such as bungee jumping and taking part in the Canterbury Legal Walk.

Throughout the 2014/15 academic year Adam Baker, Sam Winstanley, Sahar Habibmohammadi and Thomas Smith have helped raise a significant amount of money for the Campaign. Their commitment has been recognised by Santander Foundation who, for the second year running, matched their fundraising total pound for pound through their Staff Matched Donation Scheme. Therefore on behalf of the University of Kent we would like to thank Santander UK for donating £3,458.75 towards the Kent Law Campaign and supporting us once more.

Hilary Edridge (Head of Campaigns), Felicity Clifford (Campaigns Officer) and members of the Kent Law Campaign Student Group were delighted to receive a giant cheque from Adam, Sahar and Thomas on Thursday 26th November. Including the University’s match their generosity becomes £6,917.50 towards our vital work.