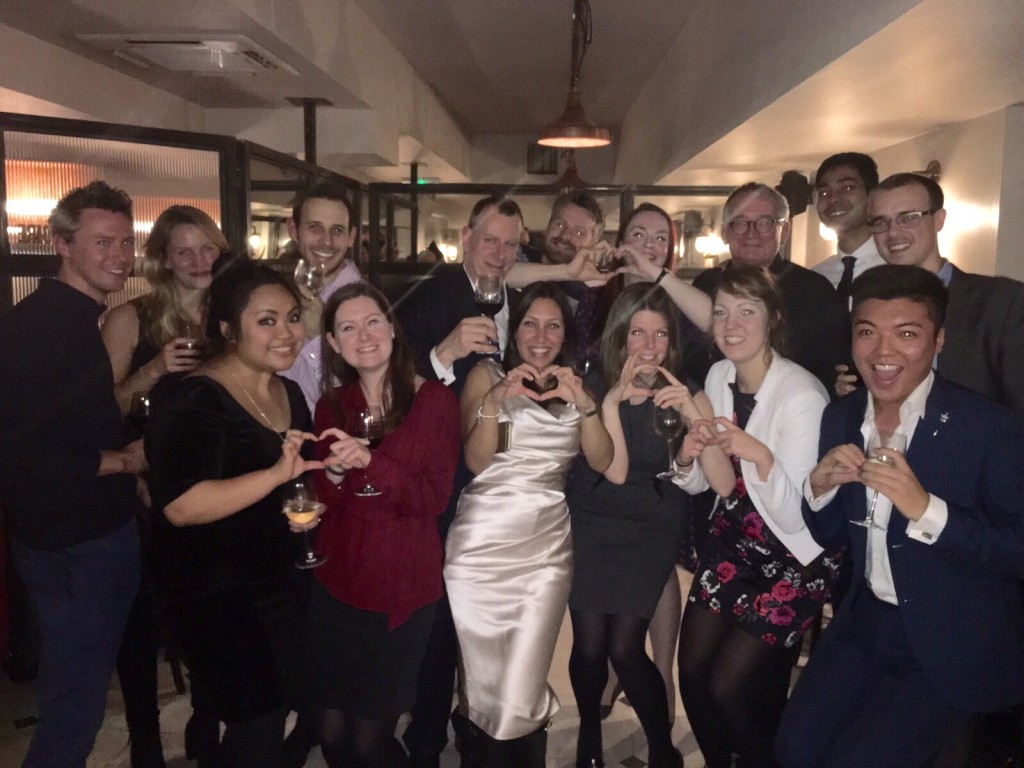 Our Young Alumni Group met on Thursday 26th December at Davy’s Wine Bar, Holborn to celebrate their huge fundraising achievements over the past 4 years.  The group reminisced on past events, fundraising challenges and socials while looking to the future and planning their trip back to Kent for the opening of the new Law Clinic in 2016.

Natalie Salunke, Chair of the Young Alumni Group, Professor John Fitzpatrick, Director of the Kent Law Clinic and Anna Pollard, Campaigns Manager all gave speeches to thank the group for their commitment and dedication to the Campaign; these thanks extend to everyone who has supported YAG and those who were unable to attend the evenings gathering.

With a combined target, the Young Alumni Group (YAG) and Kent Law Campaign Student Groups (KLCSG) have so far raised a staggering £66,069.56 (including Gift Aid and the University Match). This year’s KLCSG has a healthy fundraising target to which they are excited about achieving. Money raised through KLCSG activities and events will be added to the overall YAG and KLCSG total which we hope to announce during summer 2016.

There has been no limit to the fundraising efforts of our alumni and students, they have taken part and organised activities and events such as sponsored walks, runs and marathons, jumping out of planes, abseiling off buildings, organising swanky balls, dressing up as Super Heroes and Santa’s, swimming in open water, to name but a few.

Words cannot express our gratitude to all those who have supported, fundraised, volunteered, took part, attended or even cheered YAG events and challenges since 2012. Every single person should be proud of the role they have played towards raising such a fantastic fundraising total.