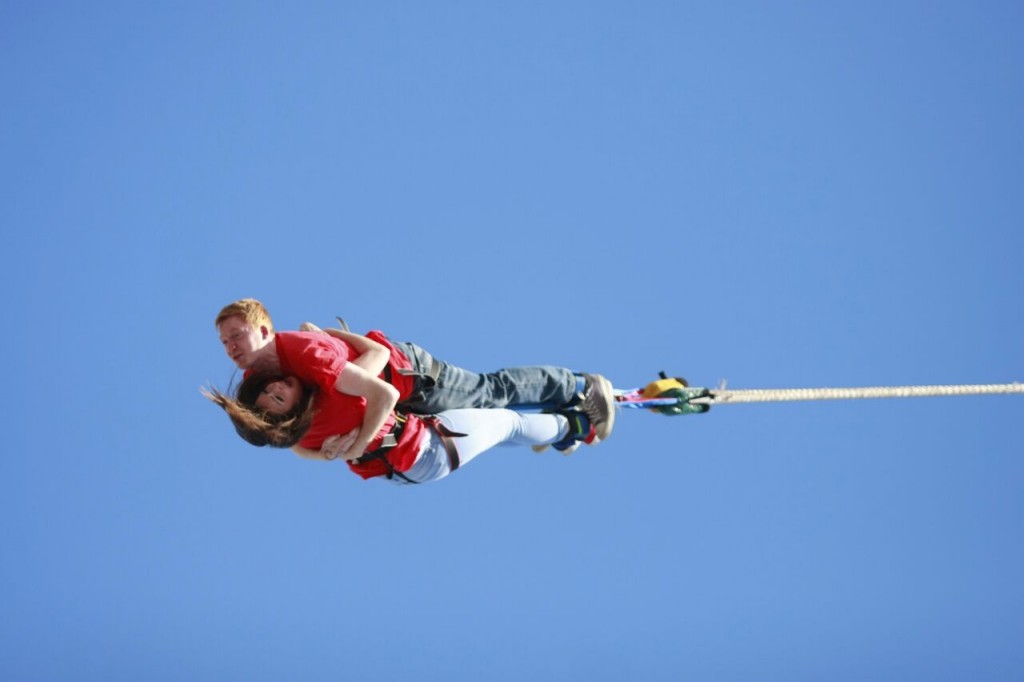 Sahar Habibmohammadi and Thomas Smith, from Santander Universities worked hard to fundraise for their 160ft bungee jump challenge at the O2 Arena. Leading up to their jump they held a stall full of games such as name the teddy bear, guess the number of skittles in a jar and guess the quote. Players were entered into a grand prize draw to win a bundle of prizes. The lucky winner, Felicity Clifford, was announced earlier this week and collected her goody bag from the Santander Universities branch on campus. Sahar and Thomas also asked their supporters to sponsor their jump through JustGiving; with all their efforts they have so far raised a fantastic £308.00 (including Gift Aid). Santander Universities has pledged to match their sponsorship which will then also be matched by the University of Kent.

On Saturday 25th July, 2015 Sahar and Thomas completed their tandem 160ft crane bungee jump at the O2 Arena. We would like to say a huge thank you to Sahar and Thomas for their commitment and support towards the Campaign, and for taking on this thrilling challenge.

Of the jump, Sahar says:
‘’I never thought I would jump off of a 160ft crane head first towards a car park, this has taken charity fundraising to a whole other level. I’m proud of myself for actually going through with it, it was all for a great cause. Thank you to those who supported our fundraising, please continue to help us raise money for the Kent Law Campaign. This has been such a great experience, I will never forget it nor will I ever bungee jump again. PS: Thank you Tom for hugging me all the way down!’’

Of the jump, Thomas says:
“It was very terrifying to be pushed off a crane attached only with a rope at your feet, hurtling towards the car park below. While the bungee jump itself was scary, I’m glad I had my friends and family supporting what I was doing to raise money for the Kent Law Campaign.”

For photographs of their bungee jump visit the Kent Law Campaign on Facebook.