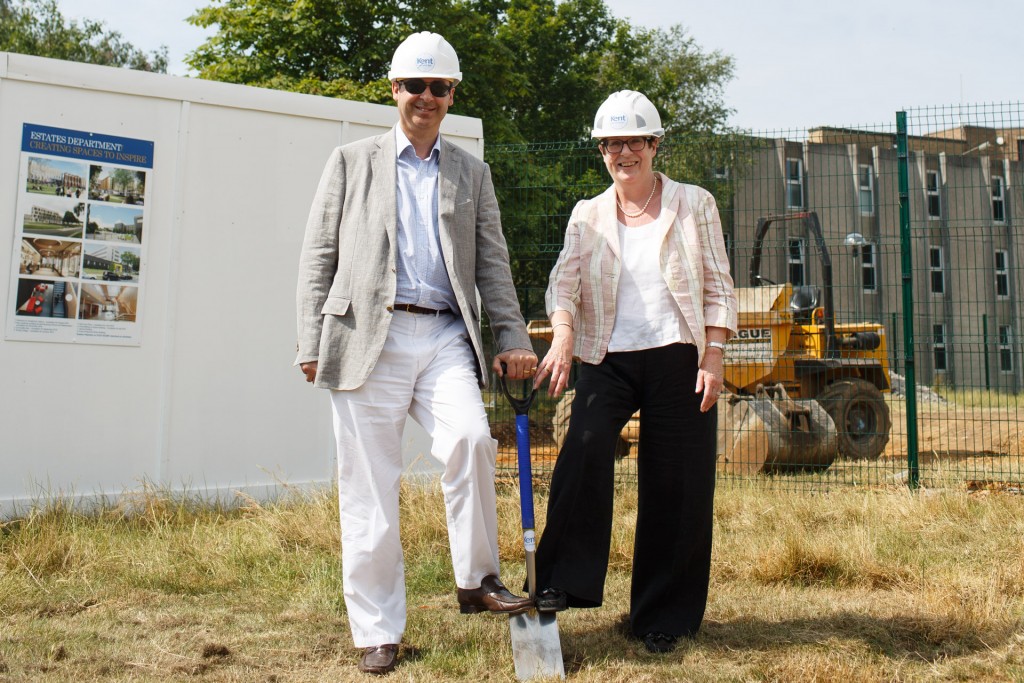 A ground breaking ceremony for the new Kent Law Clinic building took place on Wednesday 1 July, the hottest July day on record! The ceremony was conducted by the Honourable Charles Wigoder, after whom the building will be named, and the University’s Vice Chancellor, Professor Dame Julia Goodfellow.

The £5 million building, which is located at Kent’s Canterbury campus, has been funded entirely from donations and sponsored fundraising events, each of which have been matched pound for pound by the University. These include transformational gifts from the Honourable Charles Wigoder and Dr Kennedy Wong both of whom are Kent alumni. You can see a full list of donors on the Kent Law Campaign website and how you can get involved with the Campaign.