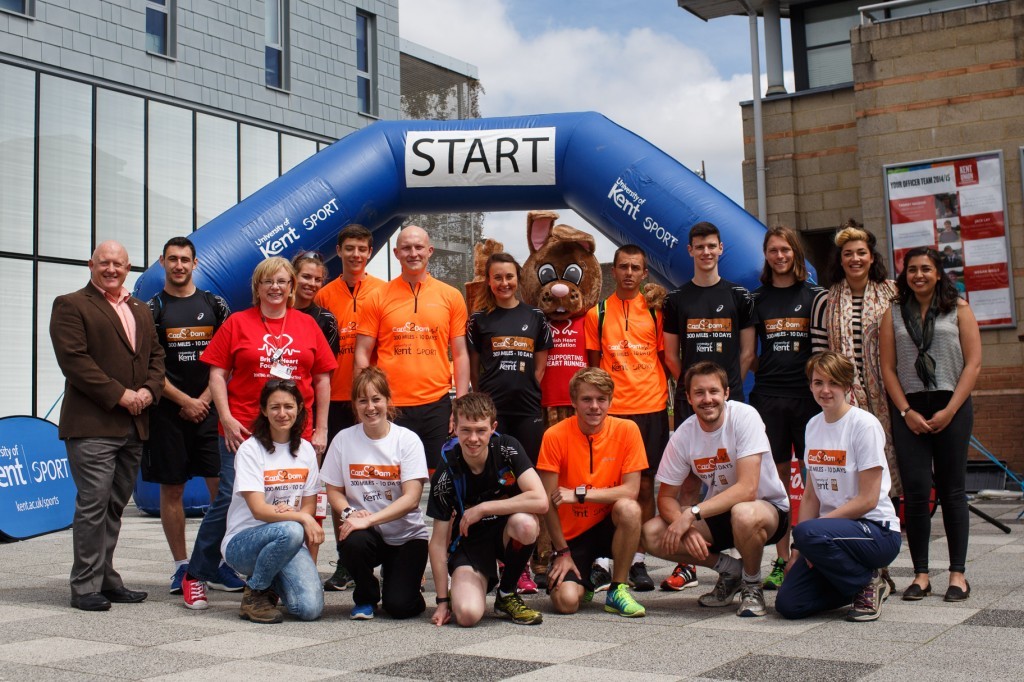 A team of students and alumni runners is taking part in a 300-mile ultra marathon from Canterbury to Amsterdam to raise money for charity.

The University of Kent Athletics and Cross Country Club runners will complete ten marathons in ten days. They are raising funds for the British Heart Foundation and the Kent Opportunity Fund, which supports scholarships, extra-curricular projects and bursaries for our students.

Runners from the Athletics and Cross Country Club are well-known for taking on big challenges and, in 2014, completed eight marathons in eight days running from Canterbury to Paris. The Cants2dam run is their biggest challenge yet and one of many exciting student projects taking place during Kent’s 50th anniversary year.

You can support the team by making a donation via Just Giving  or by texting TEXT CDAM50 £5 to 70070 to donate.