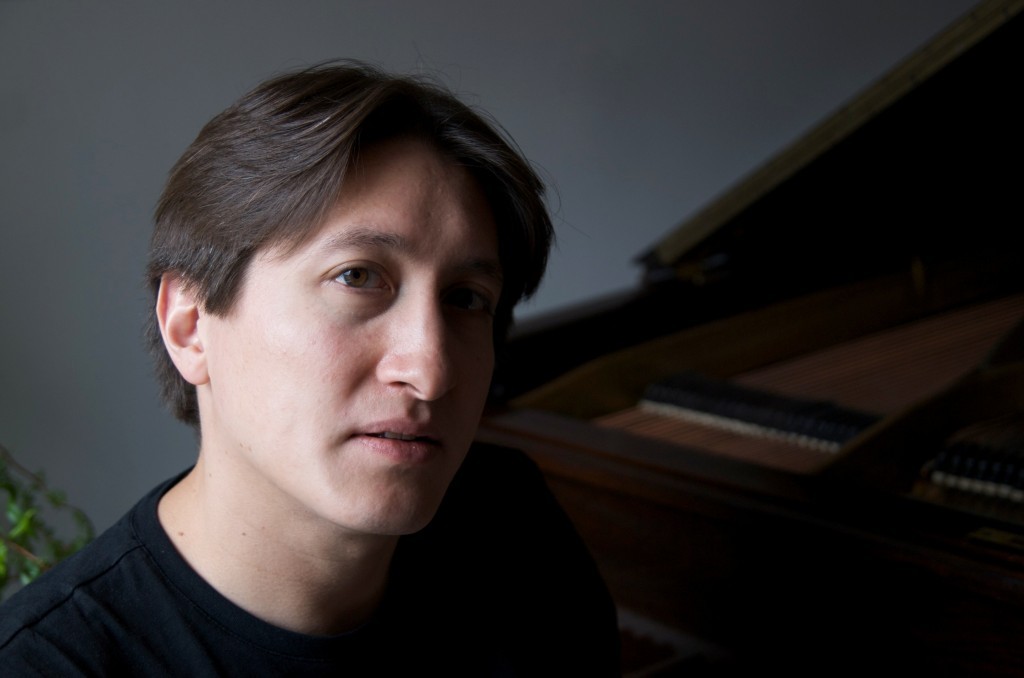 The internationally acclaimed pianist will give a recital of works by Beethoven, Chopin and Tchaikovsky on Wednesday 24 June.

The performance will start at 7.30 pm. Tickets, priced  £15 (student concessions £7), are available from the Gulbenkian Box Office .

A former pupil at St Edmund’s School, Canterbury, and an Honorary Doctor of Music at Kent, Freddy Kempf is one of today’s most successful pianists, performing to sell-out audiences all over the world. Exceptionally gifted with a broad repertoire, he has built a unique reputation as an explosive and physical performer not afraid to take risks as well as a serious, sensitive and profoundly musical artist.

Since his rise to prominence on the international music scene he has worked with some of the world’s most prestigious musical institutions and conductors. He often appears on many of the world’s most important stages, including the Great Hall of the Moscow Conservatoire, the Berlin Konzerthaus, Milan’s Conservatorio’s Sala Verdi, the Sociedad Filharmónica Bilbao, London’s Cadogan Hall, Sydney’s City Hall, Tokyo’s Suntory Hall, the City Concert Hall in Hong Kong and numerous others.

The Colyer-Fergusson Concert Hall is one of the region’s premiere and most distinctive concert venues. Located within the Colyer-Fergusson Music Building, its construction and equipment purchase, including its Steinway grand piano, were made possible entirely from philanthropic donations. It opened in 2012.