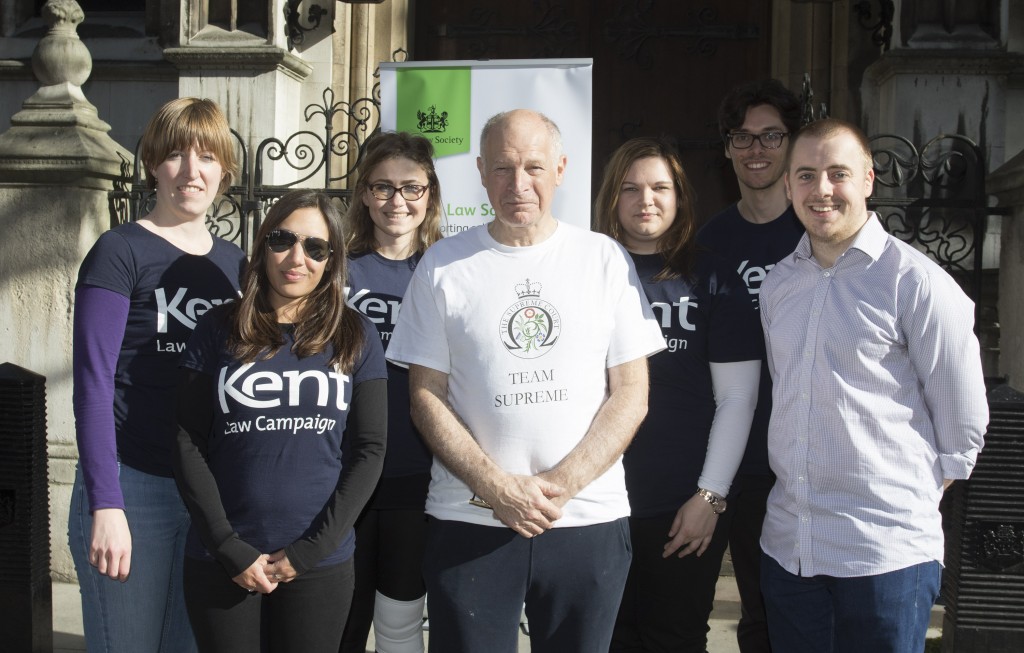 On Monday 18th May 2015 over 8000 walkers took to the streets of London to take part in the annual London Legal Walk organised by the London Legal Support Trust.

The 10km walk takes place around central London starting at Carey Street, passing the Royal Courts of Justice, heading up The Mall, through the Horse Guards Parade towards Hyde Park. The walk was attended by senior members of the legal profession, including the Lord Chief Justice, the Master of the Rolls, the President of the Supreme Court, leaders of the Bar Council, the Law Society, as well as the Attorney General. Money raised through this event supports free legal advice charities in London and the South East.

Natalie Salunke, Emily Smith, Callum Borg, Daniel Shaw, Simone Kraemer, Hannah Bignell and Felicity Clifford joined the walk in aid of the Kent Law Campaign and so far have raised £625 (including Gift Aid and the University match) for the Campaign.

You can still support the team by donating online.