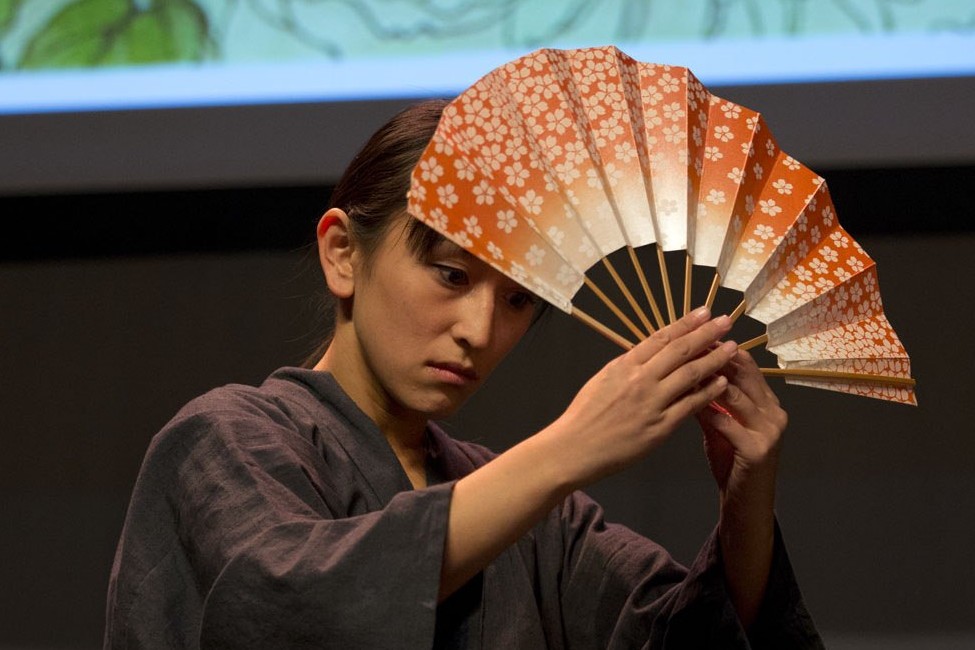 The multi-media chamber opera with a libretto by Dr Nancy Gaffield (School of English) will be performed at the Gulbenkian on 23 May.

The opera was created and commissioned by the Okeanos Ensemble , long renowned for its fascinating mix of Western and Japanese instruments (oboe, clarinet, viola, koto, sho, shakuhachi). The Ensemble will perform traditional Japanese music during the first half of the production and composer Nicola LeFanu’s celebrated music during the second half. The idea for Tokaido Road grew from Dr Gaffield’s award-winning book of poems of the same name. Published in 2011, Dr Gaffield’s book was in turn inspired by Japanese artist Hiroshige’s woodcut prints (1833–34) depicting the landscapes and travellers of the Tokaido Road, which linked the Japanese eastern and western capitals of Edo (Tokyo) and Kyoto.

The opera, which received its national premiere at the Cheltenham Music Festival in July 2014, appears at the Gulbenkian as part of the University’s 50th anniversary, part of which is to celebrate the work of members of its creative community.

Further information is available from Gulbenkian .

Dr Gaffield is Senior Lecturer in Creative Writing at the University’s School of English.