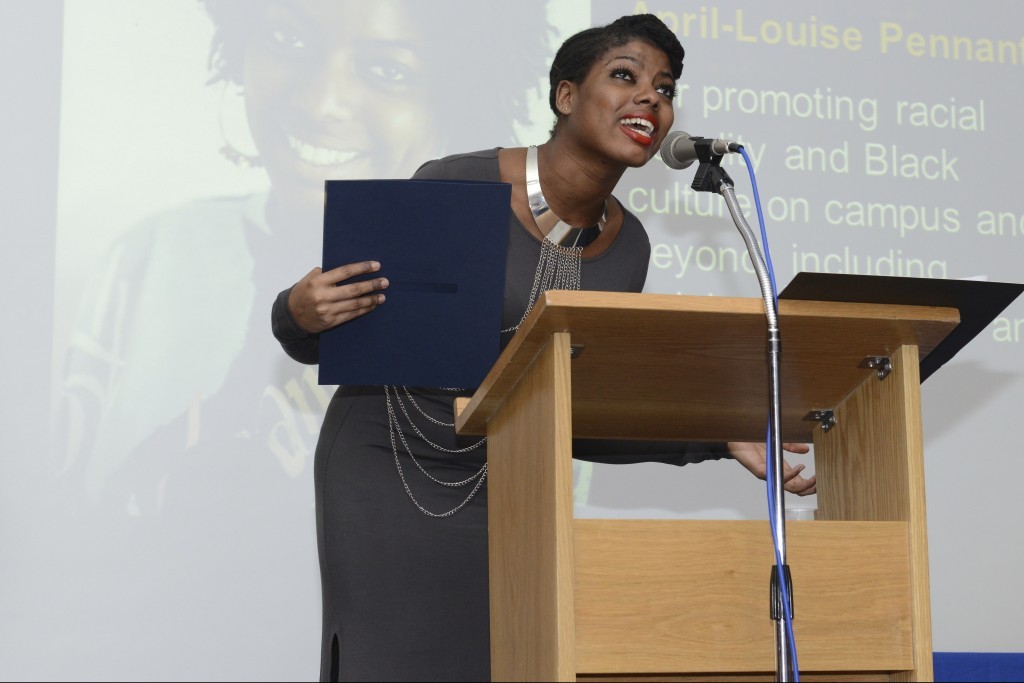 Annual event celebrates those who have made an outstanding contribution to University life or a positive impact on the community.

The winners of Kent’s annual awards for students who have made an outstanding contribution to University life or a positive impact on the community were announced during a gala ceremony on Friday 8 May.

Held at Darwin College on the University’s Canterbury campus, the Kent Student Awards 2015 were attended by more than 140 students, staff and guests.

The overall Student of the Year Award was won by April-Louise Pennant, a final yearSociology with a Year in Hong Kong student. She received her Award from Deputy Vice-Chancellor Professor Keith Mander and Tammy Naidoo, President of Kent Union .

Ms Pennant was chosen having won the Outstanding International/Multicultural Initiative of the Year and for being a runner up in the Outstanding Contribution to Equality, Diversity and Inclusivity category. Her achievements include promoting racial equality and black culture on campus and at The Chinese University of Hong Kong. Kent Law School student Billy Yu Lok Ng won both the Chancellor’s Employability Points Award and the Outstanding Fundraiser of the Year Award for his campaigning and fundraising for a new Kent Law Clinic on campus,  alongside other charity fundraising.

The other Awards categories and winners were:

Two Special Commendations for Overcoming Personal Challenges were awarded to: