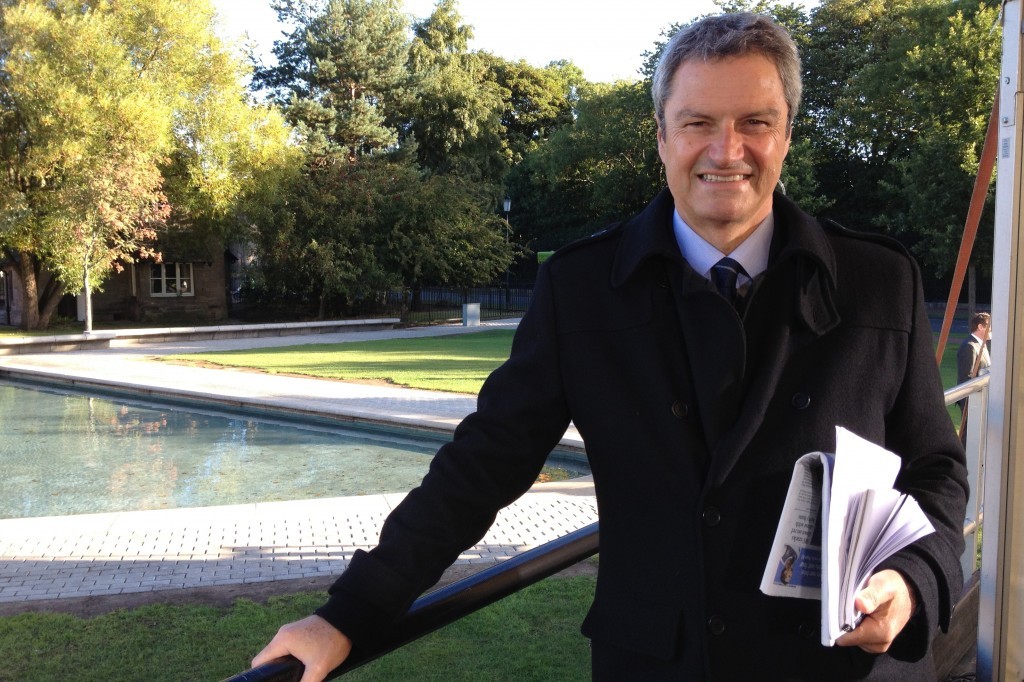 The University’s Chancellor Gavin Esler will interview high-profile public figures as part of an exciting new ‘In Conversation’ series.

For the ‘In Conversation’ series, Gavin Esler will interview leading public figures in a relaxed, informal format – with audience participation encouraged.

First to join him on the sofa will be The Rt Hon The Lord Kinnock on Wednesday 10 June. Starting at 6.30pm in Woolf College Theatre, Canterbury campus, the event is free and open to all – entry is on a first-come, first-served basis so we recommend you arrive early to get a good seat!

Lord Kinnock led the Labour Party during the 1980s, clashing both with Prime Minister Margaret Thatcher at the dispatch box and ‘traditionalists’ in his own party who resisted his extensive and radical modernisation of the Labour’s constitution, finances and policies. He resigned the leadership in 1992 after defeat by 21 seats in the General Election but continued to serve the UK as part of the European Commission and since 2005 as a Life Peer.

You can join the conversation on twitter using the hashtag #GavinAsks, or email a question in advance to events@kent.ac.uk.