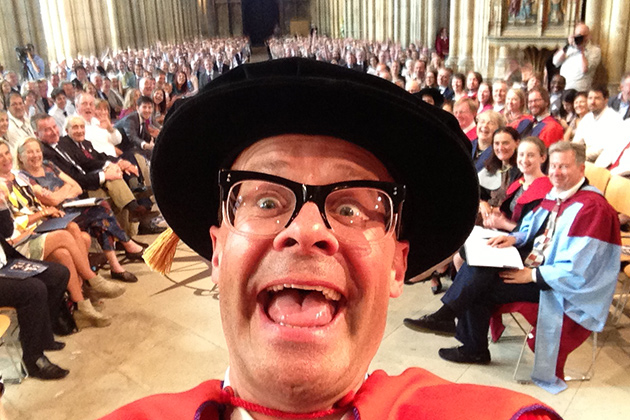 Harry Hill has joined the QI Live at Kent line up!

Harry grew up in Kent and trained as a neurosurgeon at the University of London before starting in comedy. He has an honorary degree from the University of Kent in recognition of his contribution to television and the arts.

We know Harry will make an impact – just look what he got up to when he received his honorary degree!

Unfortunately Olly Double, our Senior Lecturer in Drama and Theatre, is now unable to take part in the show on Monday. We are very grateful that Harry is joining us.