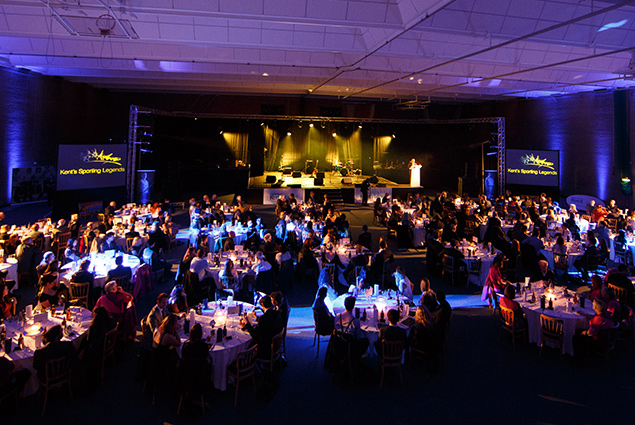 Sporting legends assembled at the University’s sports centre for a special gala evening to celebrate sporting achievement across the county.

The event, which took place on 5 December 2014 at the University’s Canterbury campus sports centre, welcomed Kent sport stars to celebrate their past and present successes, and their future sporting aspirations.

The University’s own sport scholars also attended the event. Many of these scholars have gone on to represent GB, such as karate champion Jasmine Pomeroy, and hockey player and Rio Olympics 2016-hopeful Susannah Townsend. Future stars from across the county, including athletes Bobby and Alex Clay, and Paralympian skier Millie Knight, were also present.

The event is part of the University’s 50th anniversary celebrations, and also helped launch a special fundraising initiative called Project 100 which will contribute to future sporting projects for Kent students.

This year’s gala evening follows the first Kent’s Sporting Legends event held in 2012, also jointly hosted by the University and KCC. It is hoped the event will run biennially due to its increasing success.

A special publication highlighting the achievements of Kent’s Sporting Legends has been produced. For more information visit: www.kent.ac.uk/sports/kentsportinglegends.