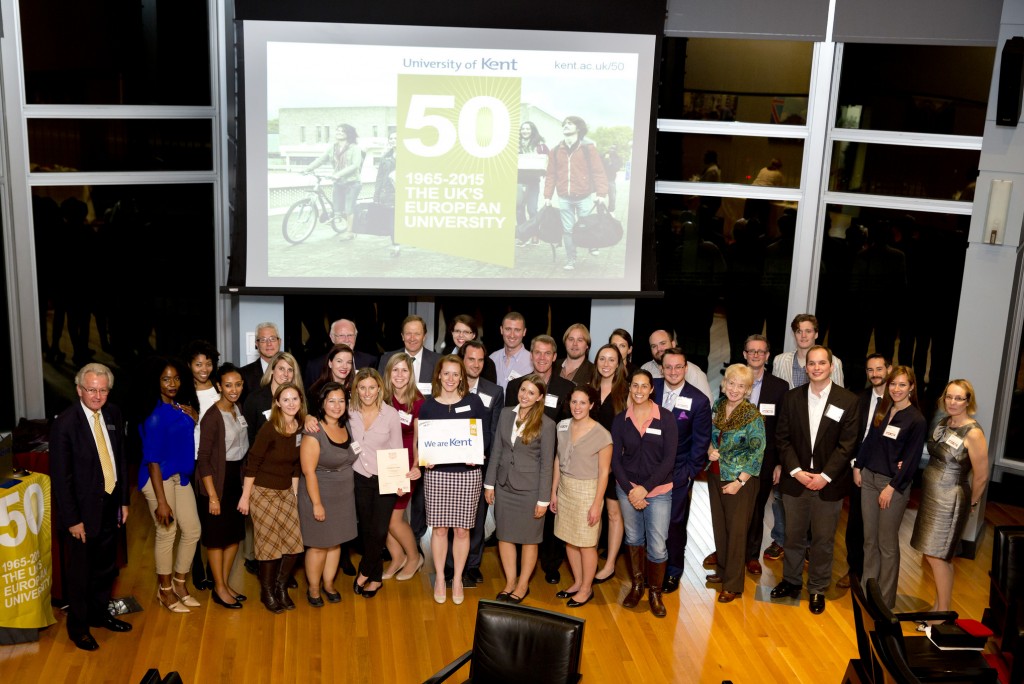 Special events have been hosted across seven cities in the United States to celebrate the University’s 50th Anniversary.

A series of events have taken place in the US to raise the profile of the University’s 50th anniversary.

Hosted by members of the 50th Anniversary team, each event attracted a high number of Kent graduates, all of whom were keen to share their fondest memories of their time studying at the University.

The 50th team also  used their visit to express their gratitude to the US alumni for their contribution to the University’s history and for their ongoing commitment to its future.

A dedicated alumni group based in America also scheduled their annual meeting to coincide with these events. This group have since committed to at least double their fundraising target for the University of Kent in America Scholarship. This scholarship, in partnership with the US-UK Fulbright Commission, enables a US citizen to undertake postgraduate studies at the University.

Other highlights of the visit included Professor Roger Vickerman, the University’s Dean for Europe, joining the largest group of alumni at the British Embassy in Washington DC. Current Kent students who are undertaking placements at Cisco also attended the event in San Francisco.

In addition, Kent alumnus, Johnnie Raines (Eliot, 1990) hosted a masquerade ball at the Millennium Biltmore Hotel in LA. Four alumni who had not seen one another since they studied at Kent 15 years ago were reunited at the event.

Photos from the visit are available on Flickr here.