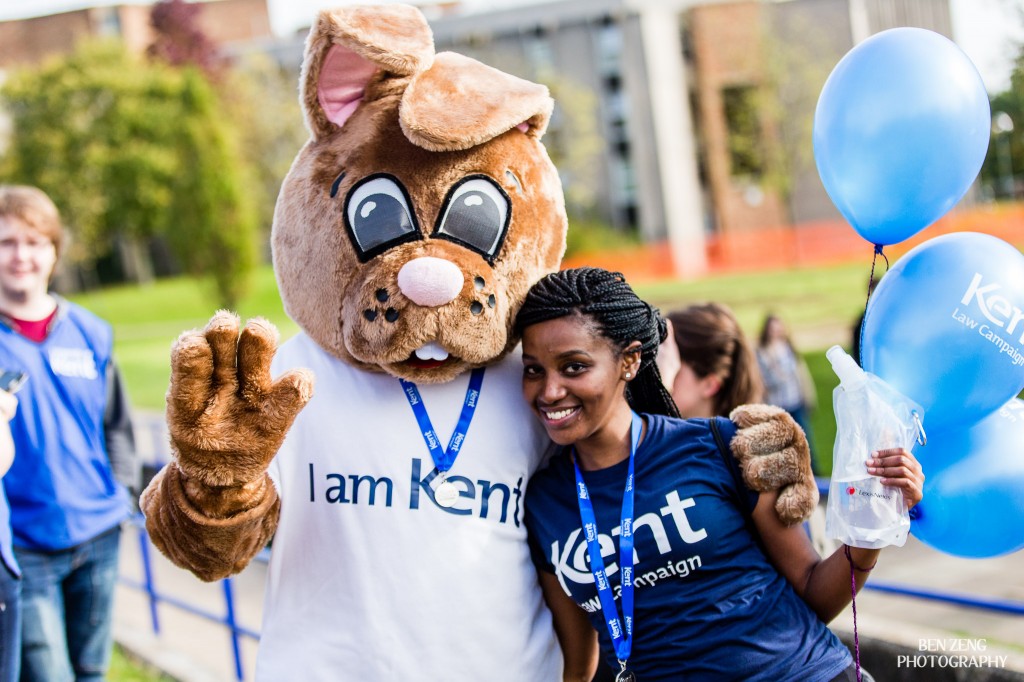 The race, which was officially started by the Lord Mayor of Canterbury, took place on a perfect autumnal morning and saw 110 runners taking part.  Each finisher was presented with a medal, goody bag and had the opportunity to high five the Kent Bunny, the University of Kent’s 50th Anniversary mascot, as they crossed the finish line.

The fastest male was Peter Gleissner with a time of 21:29, the fastest female award was won by Stephanie Bourgeois with a time of 27:10 and the best fancy dress winner was Ciaron Watts, Founder of the Kent Pirate Society.

Various elements of the event were sponsored by local or national companies including Lexis Nexis, Dumbrells, the Running Outlet, Clarins, Red Oak Roller, Booker, Nando’s and Woody’s and the Kent Law Campaign Student Group was most grateful for their support.

The campus branch of Santander agreed to match everything the students raised through the registration fees and Sam Winstanley from the branch said, “Using the Santander Matched Donation scheme we were able to match the sale of every ticket sold for the 5k Fun Run, which was a great success.

“Santander Universities is committed to supporting higher education globally and the University of Kent branch’s involvement with the Kent Law Campaign is a great example of how we can support both staff and students.  Over the past year we have taken part in a number of events organised by the Kent Law Campaign Student Group including their Freshers’ Quiz which saw our Branch Manager, Adam Baker, acting as quiz master and on Saturday 29th November I will be jumping out of a plane in a tandem skydive to support their work further!”

The Kent Law Campaign Student Group is still waiting for further sponsorship money to be received from the participants however to date they have raised an incredible £5,035.