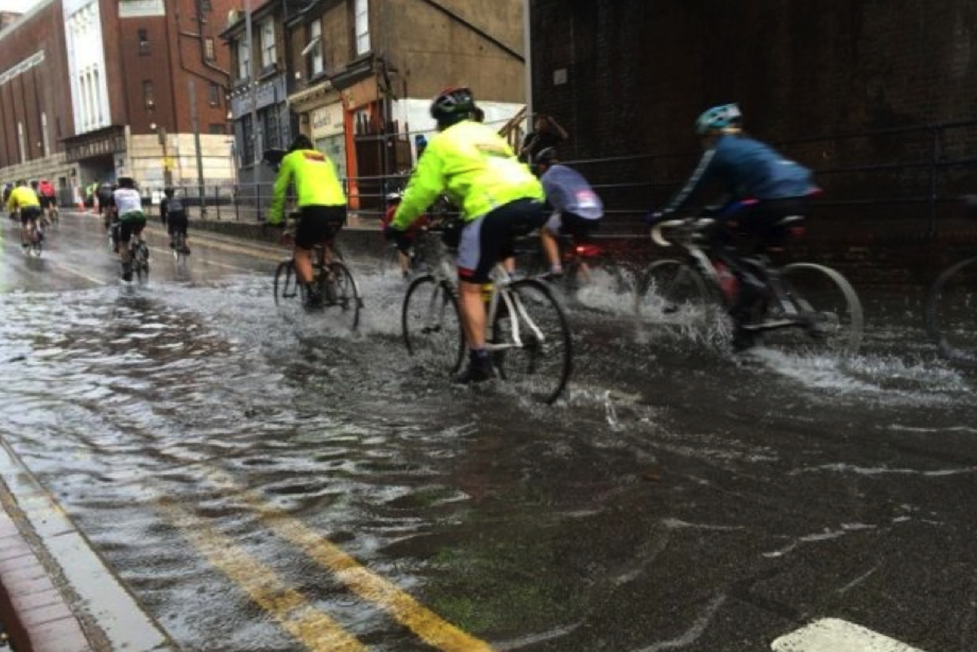 A campus-to-campus cycle ride from Paris to Canterbury is being organised as part of the University’s 50th anniversary celebrations.

The Paris-Canterbury ride is open to all staff and alumni of the University, and if you are interested in joining in, you can register here.

Four staff  prepared for next year’s campus-to-campus ride by taking part in the 2014 London Surrey 100 ride. The ride, on 10 August, coincided with the remnants of Hurricane Bertha hitting the UK. T he cyclists had to battle with lashing rain, flooded roads and gusting winds of up to 60 mph, but they still finished with smiles on their faces. Hopefully, the weather will be kinder next year!

Downlands Cycles are supporting the campus-to-campus ride by offering 50th anniversary celebration cycles built to order for all our readers. The bike will have a super specification with lightweight aluminium frame, carbon forks, 20 speed Shimano gears, and will cost around £1,000 depending upon your choice of gears. Full details of the different bike builds can be found here.

And don’t forget, members of staff can buy this bike under the Government’s Cycle to Work scheme, which you can also find out more about on  the University’s webpages.