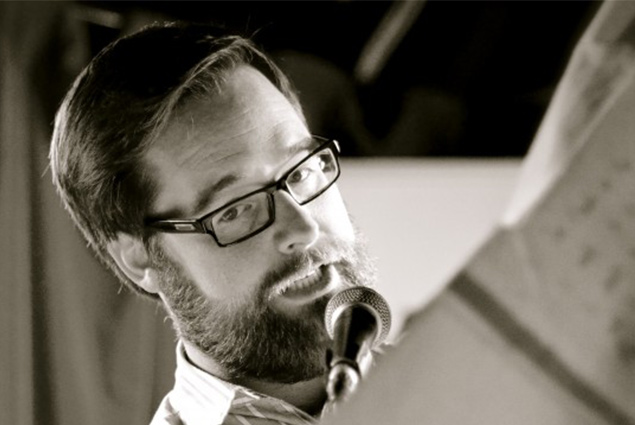 A walk from London to Canterbury

The poet Dan Simpson, an alumnus of the University, is walking from London to Canterbury along the route of the Roman road as part of the project run by Professor Ray Laurence and Dr Ellen Swift from the Department of Classical & Archaeological Studies.

Dan is going to produce a poetic artefact that responds to the experience of walking the road, the research of Kent’s archaeologists and historians, and visiting local museums. This is being done to create greater public awareness of local museums that house a wealth of information about the Roman past.

Starting on 29 September, Dan will walk from Shooters Hill to Dartford and visit the Dartford Museum, where Lloyd Bosworth, Archaeology Technician in the Department of Classical & Archaeological Studies, will be laser-scanning objects in collaboration with Dr Mike Still, the curator of the museum.

The next day, 30 September, Dan will visit Rochester Guildhall Museum. On day three, 1 October, he will visit Sittingbourne. On day four, 2 October, Dan will walk to Faversham to the Maison Dieu museum, where Lloyd Bosworth will again be laser-scanning objects and photographing objects found in the Ospringe Roman cemeteries.

Finally, 3 October, sees him walk to Canterbury via Bigbury Hillfort, a site at the heart  of Kent doctoral student Andy Bates’s research.  In the evening, Dan will present his poem in the Canterbury Roman Museum to staff of the museum service, Roman experts from the University of Kent, and others (this event is not open to the public, but can be followed on twitter #romanresidency).

The University of Kent has world-leading experts in the field of artefact studies.  Notably Dr Ellen Swift, whose most recent work sets out to understand the nature of Roman design of everyday objects from dice to spoons.

Dan commented: ‘Having been taught by staff in the School of European Culture and Languages during my time at Kent as an undergraduate, I am incredibly excited to be working with the School by being in-residence at the Canterbury Roman Museum. This project gives me a chance to get involved with the fascinating research the School undertakes, and use it creatively as I walk from London to Canterbury – making new and historical discoveries along the way.’

You can interact with Dan as he walks on twitter @dansimpsonpoet with the hashtag #romanresidency or follow his progress on the web http://canterburyromanresident.wordpress.com/