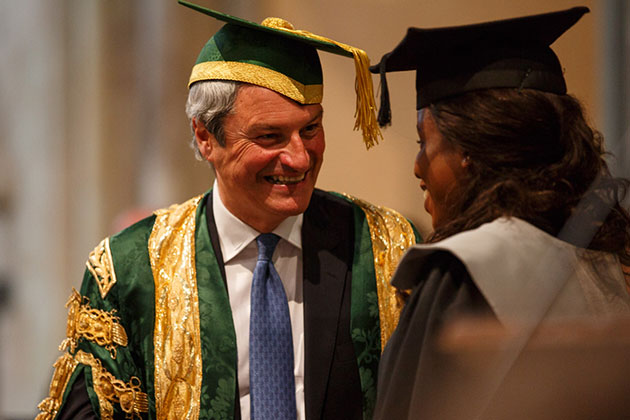 Award-winning journalist, broadcaster and author Gavin Esler was installed as Chancellor of the University at a ceremony held at Rochester Cathedral on 8 July 2014.

Gavin, who graduated from Kent with a BA in English and American Literature in 1974, is the first alumnus to become Chancellor of the University. Having worked for the BBC since 1977, he was awarded an honorary MA in 1995 and an honorary Doctor of Civil Law in 2005 from Kent.

Gavin said: “I’m absolutely delighted personally, and am also really pleased that in the University’s 50th anniversary year, the role has been given to an alumnus. It seems to me it’s a coming-of-age moment for the University that one of our own can be offered such a wonderful honour. I just hope I can make a contribution that people will think is worthwhile.”