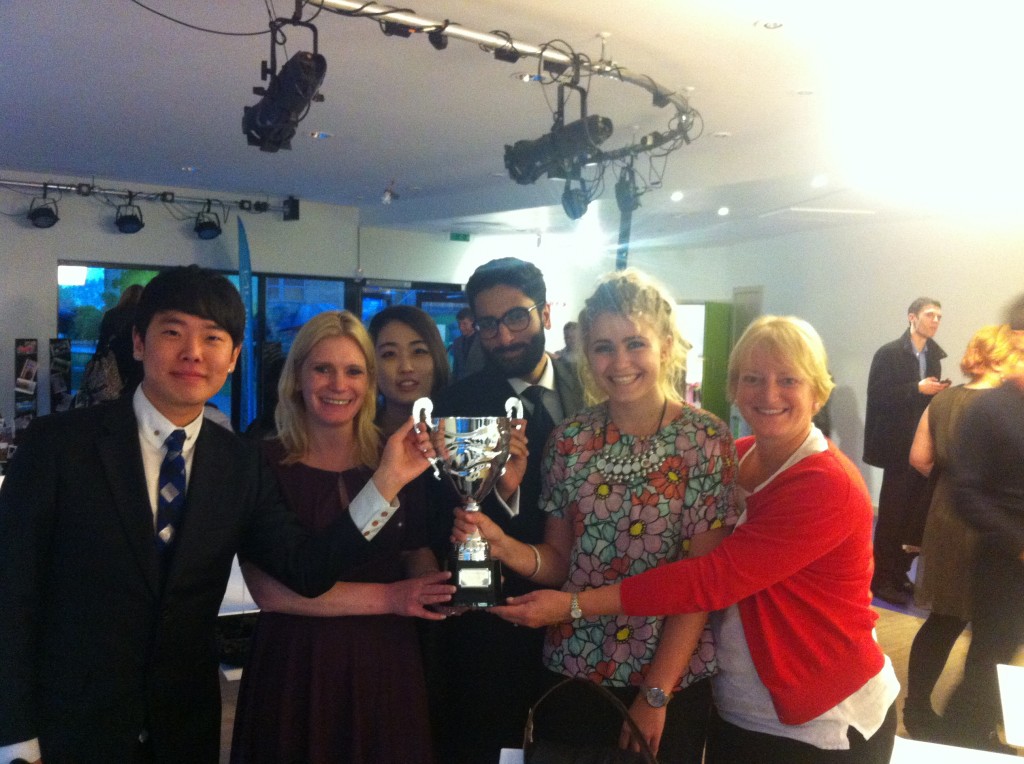 Committee members of the Kent Law Campaign Student Group (KLCSG) are celebrating after being named ‘Volunteering Society of the Year’ at the Kent Union Awards.

Head of Kent Law School Professor Didi Herman said: ‘We are very proud of all the committee members who have worked extremely hard this year. Inclusive of the University’s matched funding, the group has raised £16,921 for the Kent Law Campaign as well as a huge amount of awareness across campus. Congratulations to them as well to all the staff colleagues who have been working closely with them, particularly Kent Campaigns Manager, Anna Pollard.’

Working together with the Young Alumni Fundraising Group, KLCSGis hoping to raise £50,000 in support of the Kent Law Campaign, a £5million fundraising project to build a new home for both the Kent Law Clinic and Kent Law School’s mooting programme. To date, the two groups have raised more than £42,000 through activities such as charity balls, season’s greetings cards, quiz nights and sponsored events.

Follow the KLCSG blog  to find out about current fundraising initiatives or keep up to speed with all the events that are happening on the Law Campaign’s Facebook page. You can also find out more about the work of the committee, the Kent Law Campaign and why the group is so dedicated to raising money by watching the KLCSG video.