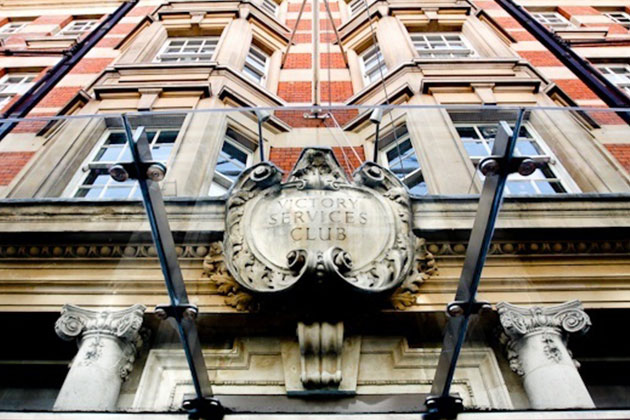 The ‘Second & Third 500’ – the cohorts from 1966 and 1967 – came together at the Victory Services Club in London on Thursday 8th May 2014. Of the alumni, Edward Godfrey (Rutherford 1966, Accounting) flew in from Portugal and Andrew Colvin (Eliot 1967, Politics & Government and Law) flew in from Italy to attend the dinner. Robin Pitman and John Platt from the First 500 and Rhonda Smith from class of 1968 also attended.

Professor John Fitzpatrick, Director of the Kent Law Clinic, gave the group an insight into the work of the Kent Law School and the Law Clinic and the success that they have both achieved. This was of particular interest to alumni from the 1966 cohort, who were Kent’s first Law students.

Dr Rachel Forrester-Jones, former Master of Rutherford College, also attended as a guest of the assembled alumni. Rachel thanked them for the support of the University and spoke of her work at the University’s Tizard Centre which focusses on learning disability, autism and community care. In February, the Centre received a Queen’s Anniversary Prize for Higher and Further Education and is one of the leading UK academic groups working in learning disability and community care.

The group also heard an update on the 50th anniversary celebrations, and were personally invited to attend the alumni reunion weekend in September 2015. The group will be meeting again in London on Thursday 12th March 2015.