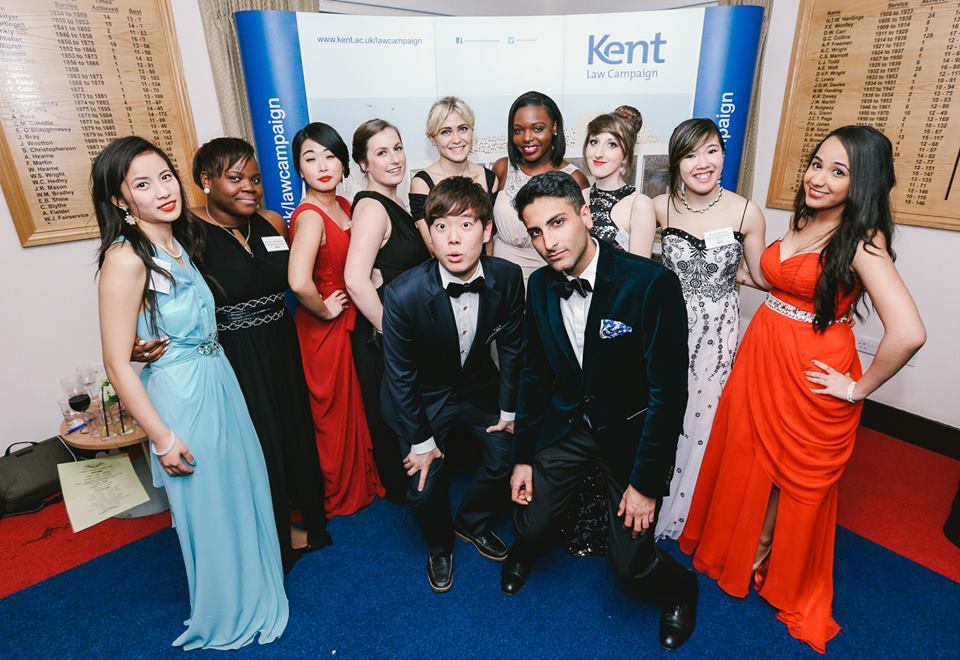 It may only be February but the Kent Law Campaign Student Group’s Law Ball, which took place on Friday 24th January, is already being described as the “Event of the Year”!  If you were not there, then you most certainly missed out!

Taking place at the Kent County Cricket Ground, over 270 students, staff, alumni and local legal professionals attended the event and were treated to live performances from several artists from the region.  These included Sabiyha from Croydon who has been ‘BBC Introduced’ on the BBC Asian Network, Luke Burr from Essex who recently came third in The Live and Unsigned Competition and won Essex’s Got Talent in 2010, Stroke of Luck, a five-piece indie rock band from Oxford who have previously supported Bastille and Electric Six and Alice Heggie, a singer-songwriter from the Corporate Events team at the University of Kent.

During the evening the Kent Law Campaign Student Group (KLCSG) presented a video about their experiences on the committee which was followed by a speech from the Chair of the Campaign Board, Professor Richard de Friend.

Once the ball was in full swing the Student Group introduced a surprise Twister tournament to raise further funds for the Kent Law Campaign!

Of the event the Chair of the KLCSG, Emily Smith, said: “The Law Ball has been a huge personal achievement for me. I began work on this event back in June 2013 and to see it come alive, seven months later, in the way that it did was fantastic. Our main aim for this year was to make sure there was a lot going on; and I think we achieved that. The most fabulous thing for me was seeing everyone dancing because that was the moment not only when I realised everyone was enjoying themselves, but also when I realised I could start to enjoy myself too!”

The evening was a huge success and enabled the KLCSG to raise a magnificent £6,100 for the Law Campaign.

More photos from the event are available on our Facebook Page. The video made by the students is also available online.