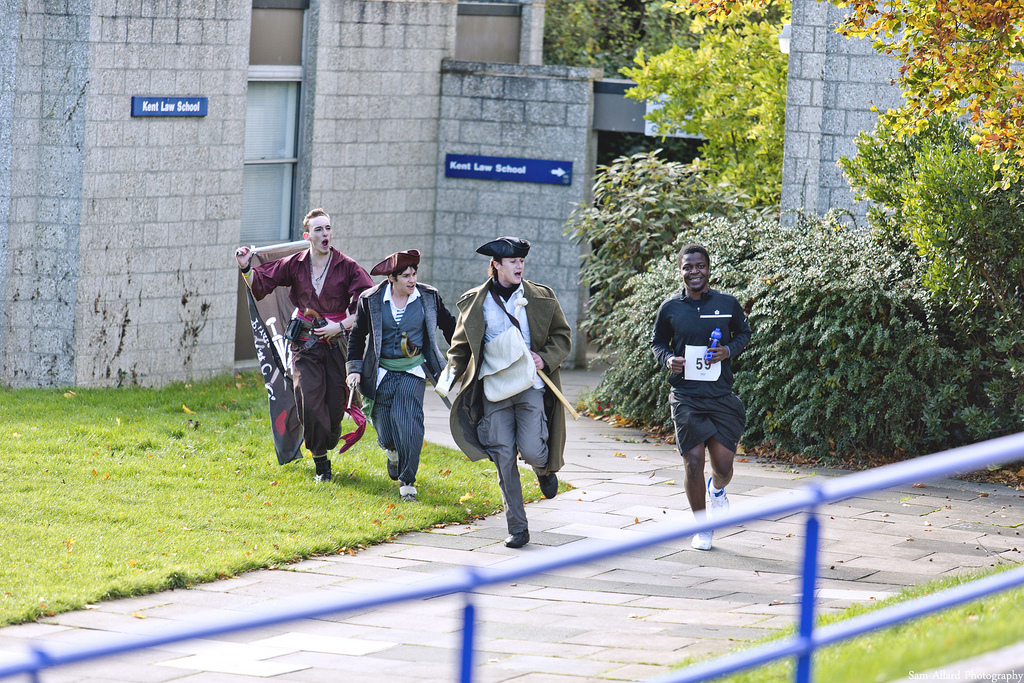 On Sunday 3rd November 2013, the Kent Law Campaign Student Group held the University’s first “Race for Justice”, a 5km Fun Run on the University of Kent’s Canterbury campus. The occasion had a carnival atmosphere with various student societies cheering the runners on from the side-lines and entertaining the many spectators throughout – a special mention must go to the University of Kent’s Pirate Society for chasing the unsuspecting runners round the Kent Law Clinic building!  The event was extremely well organised with 112 runners taking part in the race, which was started by His Honour Judge Nigel Van der Bijl, and £4,373 was raised for the Campaign.  In addition to this,  the Kent Law Campaign Student Group secured sponsorship from local companies for items such as bottled water, medals, trophies, bananas and energy drinks which have been valued at over £1,000.  On the day there was a Zumba warm up, face painting, goody bags and medals for all participants and trophies for the fastest male, fastest female and best fancy dress.  We would like to congratulate the organisers of the event and thank everybody who took part.