Reports of “sonic attacks” in China, and previously in Cuba, have left many wandering whether sonic weapons could be targeting US diplomats. Victims have reportedly experienced mild brain injuries with symptoms including “subtle and vague, but abnormal, sensations of sound and pressure”. Little is known for definite but the symptoms do suggest that some sort of sonic interference could have taken place. It is unlikely to be the result of a deliberate “sonic attack”. Instead, these injuries are probably the side effects of intrusive surveillance.

Sonic weapons fall into two categories: those that involve audible frequencies, and those that are either ultrasonic or infrasonic and so are inaudible.

Infrasonic weapons like the long range acoustic device (LRAD) rely on loud, low frequency sounds (infrasound). These bulky units have been used for crowd control and repelling pirates. When on high power, the effects are like a “punch in the guts”, ranging from nausea to involuntary evacuation of the bowels. Not quite the injuries reported by the diplomats.

Audible weapons include playing Bruce Springsteen at very loud volume to enemy troops or those undergoing interrogation. But Barry Manilow also drives teenagers from shopping malls. Yodelling works  too (including against Martians in Mars Attacks, but has not been tested against diplomats.

Ultrasonic (high frequency) bursts have been used as a teenager repellant, and ultrasound is known to cause headaches and nausea. It also cannot be felt or heard, which fits the facts reported by the diplomats. So has ultrasound been used against them? 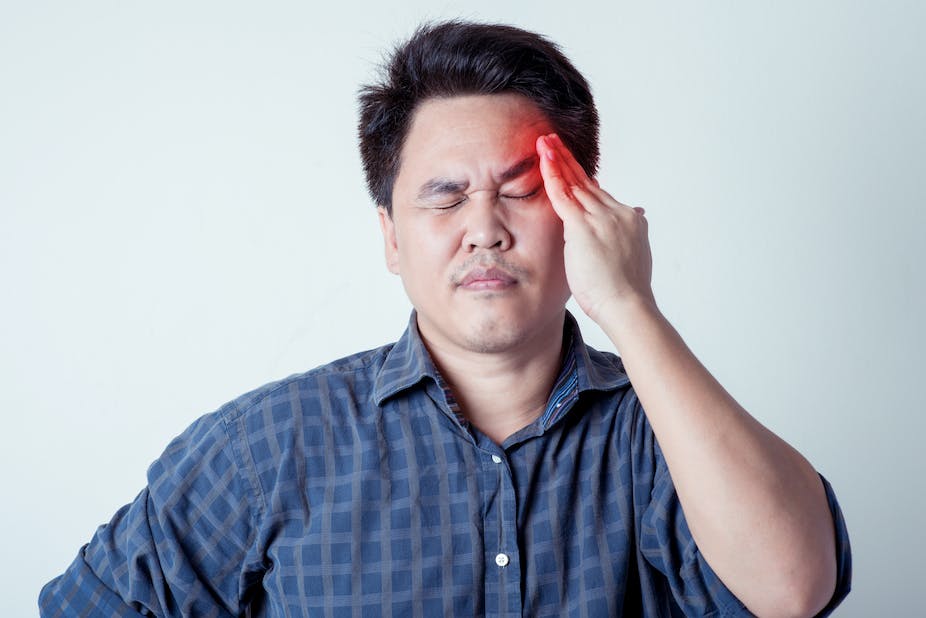 How to weaponise ultrasound

The effect of sound on humans is complex. It can vary depending on the frequency, modulation (pattern), loudness, time of exposure, environment, and the age and hearing characteristics of the individual. Some people are more sensitive than others, and although skin reflects 99.9% of ultrasonic sound waves, our ears are much more susceptible to the energy carried by those waves.

There are two ways ultrasound can harm humans. The first is that it can heat up cells in the body, causing damage. The second is that ultrasound can cause “cavitation”. All sound waves are longitudinal – involving a cyclic pushing and pulling motion of molecules as the wave travels, called compression and rarefaction. This happens in air as well as when it travels through an object, such as the body. Cavitation is when the pressure difference between a strong push and a strong pull in a very loud sound causes bubbles to form.

The effects of ultrasound increase with amplitude (loudness), but heating is mainly a problem with contact ultrasound (when an ultrasonic emitter touches you), rather than waves transmitted through the air. Cavitation, by contrast, might occur in the fluid of the inner ear, in body tissue or cells. It can be transitory (the bubble forms and disappears with each frequency cycle) or sustained. In either case, it is not considered a good thing for bubbles to form in body tissue (just ask scuba divers).

The extent of these biological effects depend on how the ultrasound reaches the person being “attacked”. Any sound gets less powerful the further you are from a loudspeaker, but ultrasound loses power far more quickly with distance than audible sounds do. A single ultrasonic emitter (loudspeaker) would struggle to generate enough power to affect someone halfway across a typical room.

Ultrasound is also highly directional. Precise alignment in millimetres would be needed to steer an ultrasonic “beam” to hit someone from across a room. Every time they move, each emitter would have to carefully steer its beams accordingly.

Given that it is hard for powerful ultrasound to reach us – and that most of it then bounces right off our skin – it seems to be a strange choice of weapon.

Not a weapon but a side effect

Despite some disadvantages, ultrasound is used in various tools including motion sensors. It has also been used to detect people’s mouth movements in noisy locations, or where subjects are whispering (or miming speech). Both are useful in active surveillance, particularly when subjects are trying to avoid being overheard.

Although not deliberate, this could lead to cavitation damage. An ultrasonic loudspeaker designed to operate on a subject who is two metres away would be thousands of times more powerful at two centimetres. Just walking past, or sitting near, the active emitter for a short time could cause damage.

Multiple ultrasound emitters used for surveillance would be worse. If a subject moved their head into just the right location, waves from different emitters could combine at the eardrum, causing much higher energies. Sitting in the wrong position for too long could then cause hearing damage without the subjects noticing.

We may never know for certain what is the cause of these incidents. Given the reported symptoms, an audio related cause is likely – and if so, it is probably ultrasonic. But the nature of ultrasound suggests that these cases are probably the result of surveillance rather than a deliberate “sonic attack”.

This article is based upon a slightly shorter version written by Professor Ian McLoughlin for The Conversation. Thanks to the editors and staff of The Conversation for their edits and improvements to the article.