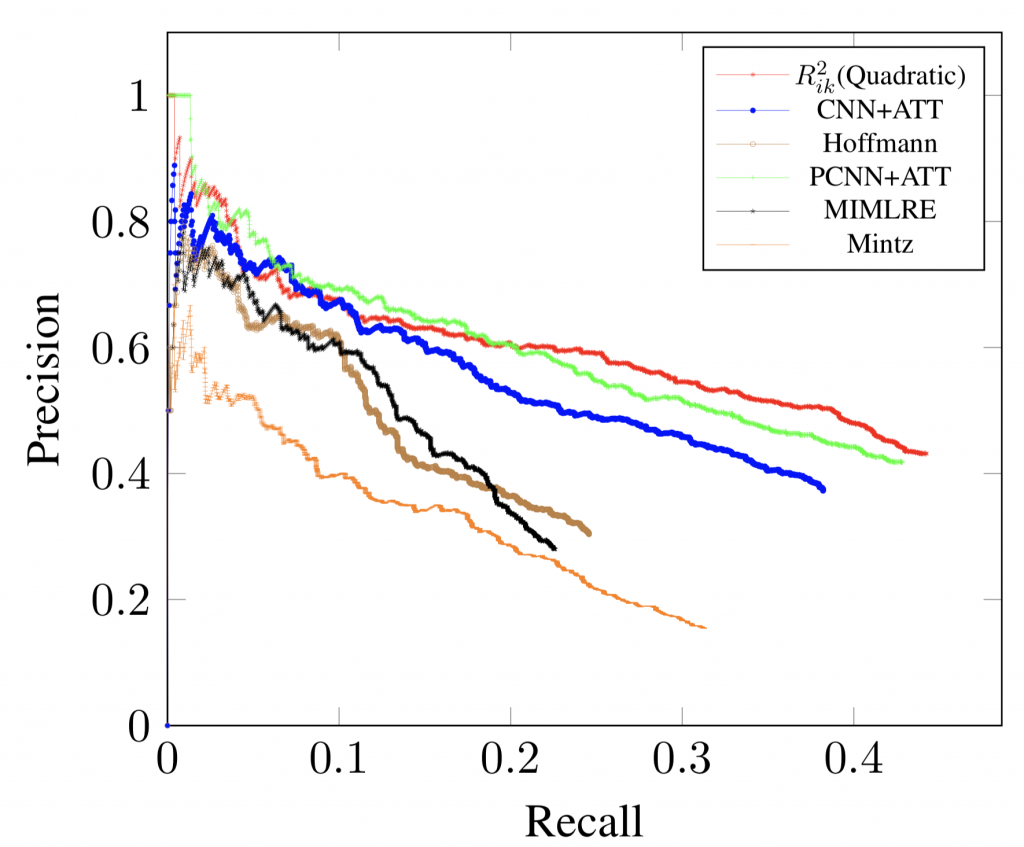 In this paper, we showed how we can learn relations in an unsupervised way using a simple, but Mathematically elegant model, which shows comparable performance against sophisticated neural network models. This paper will soon appear at ACL-2018 conference as a full paper.

Abstract: Word embedding models such as GloVe rely on co-occurrence statistics to learn vector representations of word meaning.  While we may similarly expect that co-occurrence statistics can be used to capture rich information about the relationships between different words, existing approaches for modeling such relationships are based on manipulating pre-trained word vectors. In this paper, we introduce a novel method which directly learns relation vectors from co-occurrence statistics. To this end, we first introduce a variant of GloVe, in which there is an explicit connection between word vectors and PMI weighted co-occurrence vectors. We then show how relation vectors can be naturally embedded into the resulting vector space.

More details can be found in our ACL-2018-camera-ready which will soon appear in the proceedings.