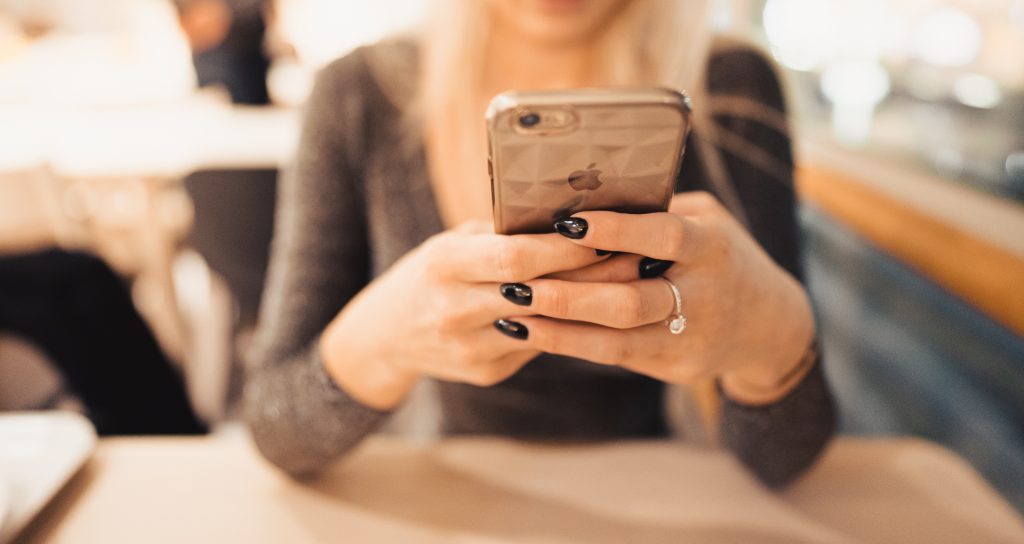 For the most part, the government is running to catch up on this issue. The Irish Law Reform Commission published a report and recommendations in 2016. This was followed in May 2017 by the introduction of a Private Member’s Bill in the Dail by the Irish Labour Party. That Bill, the Harassment, Harmful Communications and Related Offences Bill 2017, passed through the Second Stage of the legislative process unopposed and was referred to a parliamentary select committee (the third stage) in January 2018.

During the Second Stage debate, the government intimated that it supported the objective of the Bill but would be bringing forward amendments at the Committee Stage. There the matter has rested until now, and it remains to be seen what amendments the government will table when that Committee State gets underway in December. It seems clear, however, that the Bill as it currently stands suffers from a number of drafting issues which, if not addressed, will generate considerable interpretation problems and give some of the criminal offences a much wider ambit than might have been intended.

The immediate purpose of the Bill, as introduced in 2017, was to prevent the internet being used as an instrument for image-sharing abuse and, more broadly, online bullying. There was also a particular concern that young people were suffering extensively and severely from abusive online communications to the extent that lives were being destroyed and even lost. It was considered that the harm being inflicted was such that it warranted resort to the criminal law in response.

Critically, the existing Irish criminal law in this area was still framed in terms of phone and text communications. The Bill’s proponents, therefore, were intent on updating it to address the internet dimension. It is important to note, however, that the Bill is not confined to abusive internet communications. Indeed, it extends more broadly to harassment, stalking and, what the Bill’s proponents refer to as, aggravated bullying. At its core is the creation of several new criminal offences.

The first offence in the Bill is presented under the heading of harassment. It penalises persistent communications with a third party about another person where such action seriously interferes with the peace or privacy of the other person or causes them alarm, distress or harm. It also extends to persistently communicating with, following, watching etc another person where any such action has the same adverse effect on that person. The offence is punishable on summary conviction by a class A fine and/or imprisonment for a term not exceeding twelve months. On conviction on indictment, it is punishable by a fine and/or imprisonment for a term not exceeding seven years.

Significantly, the Bill does not require the accused to have mens rea (intention or recklessness) with respect to the requirement that his actions seriously interfere with the peace or privacy of the other person or cause harm etc to that other person. In effect, the Bill is applying strict liability to this critical element. Accordingly, the accused could be guilty of the offence even though he did not intend to cause the specified harm or did not foresee the risk that his actions would do so. This runs contrary to criminal law principle and is a serious concern in an offence that can be punished by imprisonment for a term of seven years.

Significantly, if the court is satisfied that the accused was intentional or reckless with respect to the specified harm resulting from his actions, it can treat that as an aggravating factor in sentencing. In other words, mens rea in respect of the harmful consequences is not a requirement for guilt, but it can result in a heavier sentence.

Clearly this harassment offence goes far beyond online activity. Equally, it is not confined to the distribution of information or images of another person taken without their consent. Arguably, it is broad enough to reach the distribution of private information or images of the other person taken originally with their consent. It will be seen below, however, that the Bill provides a separate offence aimed more specifically at that. Equally, it is worth noting that the use of such information in committing the harassment offence can be relevant in sentencing.

The second major offence in the Bill is recording, distributing or publishing an intimate image of another person without that person’s consent, where such action seriously interferes with the peace and privacy of the other person or causes them alarm, distress or harm. A threat to take such action is also an offence. The act or threat must be done without lawful authority or reasonable excuse.

Clearly, the offence has a very broad reach. It is not confined to persons in a current or former intimate relationship. It can extend, for example to the actions of media photographers or to situations where the accused is a complete stranger to the targeted person. It also encompasses the behaviour often (and inadequately) referred to as ‘upskirting’ (see https://blogs.kent.ac.uk/criminaljusticenotes/2019/03/04/upskirting/)

Once again, the offence is worded in a manner that departs significantly from the general criminal law requirement of mens rea. Indeed, it has a distinctly strict liability aspect. Instead of the usual requirement that the accused was intentional or reckless with respect to recording, distributing or publishing an intimate image of another person without their consent, it is sufficient that he did it without lawful authority or reasonable excuse. It follows that the accused can be found guilty and punished simply where he has acted negligently, as distinct from intentionally or recklessly.

An even more severe departure from traditional criminal law principle arises with respect to harm caused to the targeted person by the accused’s action. It seems that it will be sufficient that his action seriously interfered with the peace and privacy of the other person or caused them alarm, distress or harm. There is no requirement for the accused to have known, or to have foreseen the risk, that his action would have that result. Even if a reasonable person would not have foreseen the risk, that will not avail the accused.

This takes the criminal law into dangerous strict liability territory. Even though the maximum penalty for this offence on summary conviction is a class A fine and/or imprisonment for a term not exceeding six months, it does not follow that strict liability is acceptable. The offence is a serious sexual offence with immense implications for the character and future of the accused, including the possibility of a sexual offences order on conviction.

Interestingly, there is provision for the offence to be punished more severely when the “offence” was committed intentionally or recklessly, and a reasonable person would have realised that the acts in question would seriously interfere with the other person’s peace and privacy or cause them alarm, distress or harm. In this event, the accused, where convicted on indictment, can be sentenced to a fine and/or imprisonment for a term not exceeding seven years.

This more severe punishment option suffers from poor drafting. Presumably, it should refer to the act of ‘recording’ etc (rather than ‘the offence’) being committed intentionally or recklessly. Moreover, strict liability is still retained for the requirement that the act seriously interferes with the other person’s peace and privacy etc. The accused can be punished more severely even though he did not know or did not foresee that his act would have that result. Given that the penalty can be as severe as imprisonment for a term of seven years, this represents an unusual (and arguably unconstitutional) application of strict liability in the criminal law.

An intimate image in the context of this offence broadly refers to a visual recording of intimate parts of the person’s body (including when covered by underwear) and images of the person engaging in sexual activity. It also extends to altered images of the person which have the same visual effect. Free and informed consent to the taking of the image does not deprive it of protection if, at the time of recording (and afterwards), there were circumstances that gave rise to a reasonable expectation of privacy.

The Bill includes two further offences aimed at harmful communications. The first is committed by a person who, by any means of communication, intends or is reckless as to causing alarm, distress or harm to another person. Clearly, this offence is not confined to, or even targeted at, the distribution of intimate images of another person. It can be satisfied, for example by making a loud noise in the vicinity of another person with the requisite intention or recklessness.

This offence is framed so broadly that it potentially criminalises many of the activities of practical jokers, as well as many traditional Halloween activities. Indeed, it is not even necessary that the targeted person should actually suffer alarm, distress or harm as a result of the communication. It is quite sufficient that the accused intended or was reckless as to that result.

The second offence is committed by a person who, by any means of communication, persistently distributes or publishes a threatening, false, indecent or obscene message to or about the other person. Unlike the first offence, this offence does not expressly require mens rea (intention or recklessness) at all. So, an accused can be guilty of the offence by making a communication which, unknown to him, had the prohibited character.

It is also worth noting that the accused’s actions in this offence do not have to cause alarm, distress or harm to the subject of the communication (or anyone). It will be quite sufficient that it is threatening, false, indecent or obscene. There must be a particular concern that it criminalises false messages. Not only does that take the criminal law far into territory normally reserved for the civil law, but it also criminalises the communication of false messages which do not relate to any individual person. In other words, it criminalises fake news! It is not even necessary that the messenger is aware that it is fake news.

There is no doubt that these two offences are meant to address callous behaviour that can inflict severe harm on another person. It is important, however, that they are drafted in terms that target that behaviour. A scattergun approach that encompasses behaviour far removed from the intended target will not promote the intended objective. It takes the criminal law into fields where it does not belong and can have unpredictable and undesirable effects.

The Irish Labour Party’s Harassment, Harmful Communications and Related Offences Bill is a response to despicable behaviours which are inflicting immense misery on the lives of those affected. Criminalisation is entirely appropriate. Resort to criminalisation, however, carries with it a responsibility to ensure that the offences go no further than they need to go to punish and deter the repulsive behaviour. It is also important that they only criminalise perpetrators who have acted intentionally or recklessly with respect to their actions and the prohibited harm.

The Bill fails on both counts. This can be attributed partly to drafting weaknesses. However, it might also be attributed to a failure to appreciate that the criminal law can be a blunt weapon for dealing with injurious social behaviours that are complex and diverse in both their causes and manifestations. It needs to be carefully targeted and accompanied by other remedial solutions. It will be interesting to see if the government is any more imaginative when it introduces promised amendments at the Committee stage.