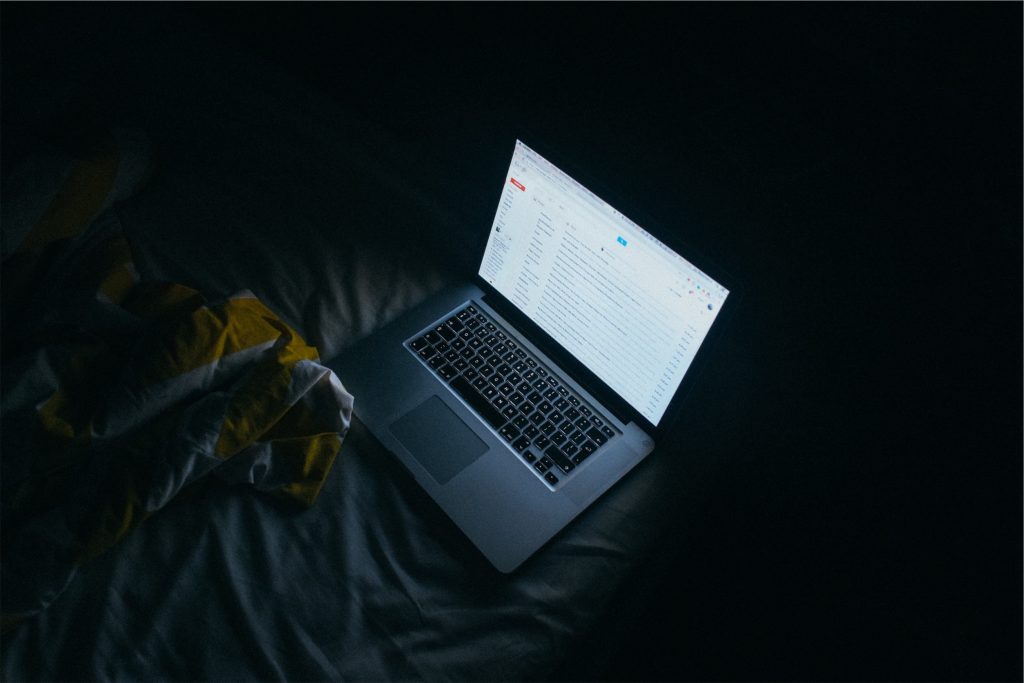 In a decision handed down two weeks ago in Sutherland (Appellant) v Her Majesty’s Advocate (Respondent) (Scotland) [2020] UKSC 32, the UK Supreme Court had to consider whether materials gathered by a private group of ‘paedophile hunters’ were admissible in evidence in a criminal trial.

Typically, members of these ‘paedophile hunter’ groups create fake online persona of young teenagers (decoys) with a view to luring, detecting and apprehending adult men who are intent on grooming children for sexual purposes. In any case where the bait is taken, the decoy will engage online (in the guise of a young teenager) with the man and will accept an invitation to meet the man in person. Members of the group turn up at the meeting where they record and film the confrontation and upload it onto the internet so that it can be viewed by others. The group also hand the man over to the police, together with copies of the online communications, recording and film for use as evidence in his subsequent criminal prosecution.

The group’s actions do not normally amount to entrapment as they play a passive role in the communications. They do, however, engage proactively in searching out people with paedophile tendencies and, where relevant, they detect and gather evidence against individuals who communicate online with children in a sexual manner. In effect, they are acting as a private police body for these purposes, but they are not subject to the regulatory requirements that apply to the police in this context. The question arises, therefore, whether the evidence they gather in an individual case should be treated as inadmissible because it has not been gathered in accordance with, for example, the requirements of the Regulation of Investigatory Powers Act (RIPA).

The appellant challenged the admissibility of the evidence between him and the decoy on the basis that it had been obtained by covert means without the authorisation required under (RIPA). He also argued that it should be excluded because it had been obtained covertly without a prior reasonable suspicion of criminality and, as such, was in violation of his right to privacy under Article 8 of the European Convention on Human Rights (ECHR). These arguments failed at his trial and he was convicted. He appealed unsuccessfully to the High Court of Justiciary (Scotland’s High Court) which granted permission for appeal to the Supreme Court.

The specific questions for the Supreme Court were: 1. Whether, given the type of communications used by the group with the appellant, the Article 8 right to privacy would be triggered by their use as evidence in the public prosecution of the appellant? 2. Whether (or to what extent) the use by a public prosecutor of material supplied by private ‘paedophile hunter’ groups in investigating and prosecuting crime is incompatible with the State’s obligation to provide adequate protection for Article 8 rights?

Article 8(1) stipulates that “[e]veryone has the right to respect for his private and family life, his home and his correspondence.” Article 8(2) goes on to say that there shall be no interference with this right by a public authority, except such as is in accordance with law and is necessary in a democratic society in the interests of, among other things, the prevention of crime or the protection of the rights and freedoms of others.

In the Sutherland case, of course, the activities of the group of paedophile hunters were not those of a “public authority”. That, however, did not necessarily mean that Article 8 has no application to the group’s intrusion into what the appellant believed were his private communications. The Strasbourg jurisprudence has established that there are circumstances in which the State will be obliged to take positive action to protect the private life and communications of the individual from encroachment by other private parties (see further below).

Nevertheless, in answer to the first question posed, the Court held that Article 8 privacy rights were not engaged on the facts of the case. It gave essentially two reasons for its decision. The first was that the nature of the appellant’s communications with the decoy were not such as was capable of making them worthy of respect for the purposes of the application of the ECHR. The second was that the nature of the communications was such that the appellant could have had no reasonable expectation of privacy in relation to them.

Nature of the communications

In the Sutherland case, there was a conflict in the privacy rights seeking positive protection from the State. On the one hand, the appellant was seeking privacy in respect of his communications with another private person online. On the other hand, respect for the private life of a child demanded that his or her “physical and moral integrity” be protected against the predatory behaviour of paedophiles. The Court had no difficulty in prioritising the latter by finding that the appellant’s communications with the child were not capable of respect within the scheme of values inherent in the ECHR.

The Court gave three reasons for its decision on this aspect. The first was that the communications were criminal in nature and capable of being seriously damaging to the child. The second reason was that the State has a special obligation to protect the interests of children under the ECHR as they are recognised as being vulnerable persons. Under the Convention generally, and Article 8 in particular, the interests of children have priority over any interest a paedophile could have in these matters.

The third reason stems from Article 17 ECHR which prevents anyone from relying on the Convention to protect any activity aimed at the destruction or limitation of the Convention rights. The Court considered that the appellants communications had that prohibited effect on the child’s Article 8 rights.

The Court concluded, therefore, that the appellant had no legitimate interest in asserting or maintaining privacy in respect of the communications he made to the decoy. The sending of those communications constituted a criminal act which the decoy was entitled to report to the police. Once the police had received that information, constituting evidence of a criminal offence, they were entitled to submit it to the prosecutor. The appellant had no legitimate interest under the ECHR in preventing the prosecutor from using that information in criminal proceedings against him. Indeed, both police and prosecutor had a responsibility under the scheme of values in the ECHR to take effective action to protect children insofar as the information indicated that the appellant presented a risk to them.

The Strasbourg jurisprudence seems to indicate that if an individual has no reasonable expectation of privacy in relation to his communications, it is unlikely that the Article 8 right to privacy will be engaged in respect of them. In the instant case, the Supreme Court found that the appellant had no reasonable expectation of privacy in respect of his communications with the decoy.

The second question put to the Supreme Court concerned whether (or to what extent) Article 8 imposed a positive duty on the State to protect the appellant’s private communications from intrusion by private ‘paedophile hunters’. If it was the police who were acting as decoys (or using private parties as decoys), they would be subject to the relevant requirements of the RIPA which are designed, in part, to strike a balance between privacy rights and the needs of criminal law enforcement. The question arises, therefore, whether the State is in breach of its obligations under Article 8 through its failure to apply similar privacy protections to the actions of private ‘paedophile hunters’.

The Supreme Court, in line with Strasbourg jurisprudence, acknowledged that the State’s obligations to protect privacy rights under Article 8 are not confined to the actions of public bodies. There are circumstances in which they can extend to the actions of private bodies by, for example, preventing public bodies (such as the police or the courts) using evidence against a person where it had been gathered by private bodies in breach of that person’s right to privacy.

On the facts of the instant case, however, the Supreme Court found, as indicated above, that the manner in which the evidence had been gathered by the group of ‘paedophile hunters’ did not trigger the appellant’s Article 8 privacy rights. Accordingly, there was no obligation on the State to prevent the police, the prosecutor or the trial court from making use of the evidence against him. On the contrary, the overriding positive duty on the part of the State was to ensure that the criminal law was applied effectively so as to deter sexual offences against children.

Since the Supreme Court found that the Article 8 right to privacy was not engaged on the facts of the instant case, the evidence gathered by the group of ‘paedophile hunters’, could not be excluded on the basis of a breach of the appellant’s privacy. Even if the Court found that there had been a breach, it does not follow that the evidence would be ruled inadmissible. Generally, evidence obtained in breach of Article 8 may still be relied on in criminal proceedings, providing that its’ use does not amount to a breach of the right to a fair trial as guaranteed by Article 6 ECHR. There was nothing on the facts of the instant case that would bring it within that territory.

By focusing narrowly on the reprehensible behaviour of the appellant, the Court avoided having to deal more broadly with the implications of the ‘paedophile hunters’ detecting and apprehending suspects and gathering evidence outside of the legal framework that would otherwise be applicable to such actions by the police. This is not simply a matter of them reporting what they have observed to the police, or even acting in response to a reasonable suspicion generated independently of their own activities. Their role is much more significant than that. They are effectively supplanting the police in proactively flushing out suspects and gathering evidence that will be used against them in subsequent prosecutions.

The private initiative of ‘paedophile hunters’ can be applauded for every instance in which it succeeds in detecting and bringing to justice the perpetrators of one of the most pernicious and objectionable harms in our society. On the other hand, however, it brings with it the potential to inflict less visible damage on the systemic functioning of the criminal process as a whole. Checks and balances that have been carefully calibrated may be distorted by the injection of unregulated private initiative. That can result in the punitive power of the State being applied arbitrarily, unevenly and sometimes mistakenly under the influence of local unaccountable interests to the detriment of the rule of law.