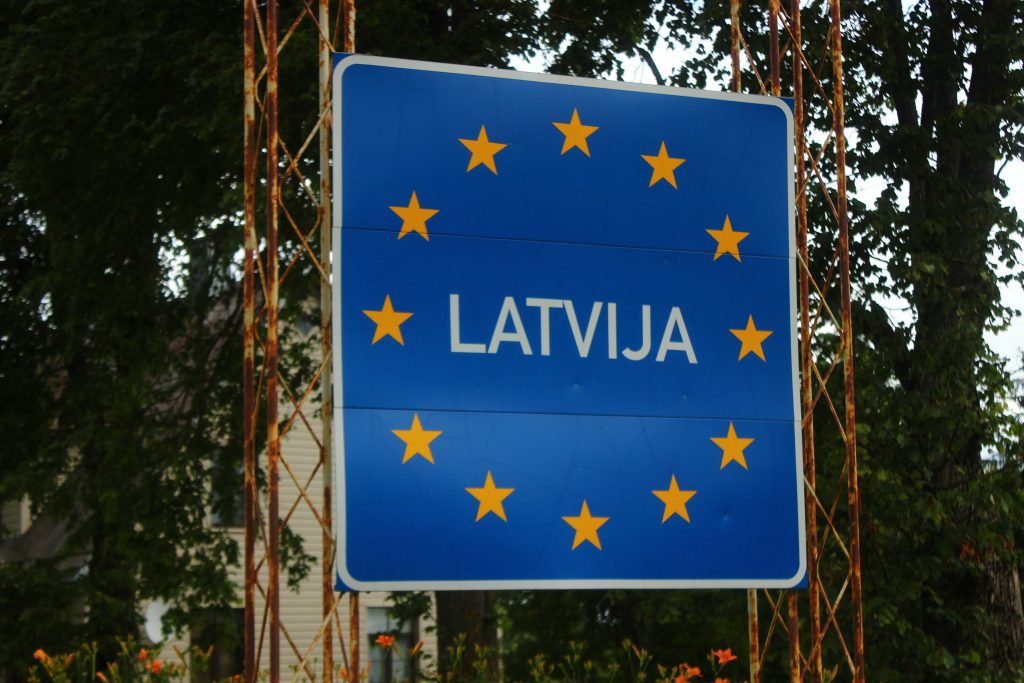 One of the fundamental aims of the EU is the establishment of an area of freedom, security and justice encompassing its Member States. Within this area, judicial authorities (widely defined) in a Member State are obliged to recognise and enforce a range of criminal justice decisions handed down by judicial authorities in any other Member State. The most well-known example is the European Arrest Warrant facilitating the surrender of persons for criminal prosecution or to serve a sentence already imposed. However, there are several other examples such as: requests for the gathering and transmission of evidence; the enforcement of probation measures; and the enforcement of criminal confiscation orders. Closely related are measures for the mutual recognition of criminal records.

Such measures offer obvious advantages for the efficacy of criminal law enforcement and the protection of the rights of victims in a multi-jurisdictional space in which internal borders to the free movement of peoples have been abolished. At the same time, however, they carry a heavy price for values of due process, fairness and transparency in criminal prosecution and trial matters. Anyone unfortunate enough to get caught up in their web can find themselves subject to coercive measures from authorities in another Member State impacting deeply on their liberty, privacy, status and family life. The measures can also deprive the person affected of the familiar rights and protections that would otherwise apply in a comparable criminal matter in his or her State of residence.

The Court of Justice of the European Union (CJEU) has accentuated the harshness of these EU measures for those individuals subjected to them. Its case law reflects a marked commitment to the ideological aim of a smooth functioning single EU criminal law enforcement space. All too frequently, this results in the diminution of the rights of the individual who gets caught up in the criminal process of one Member State while he or she is living permanently in another Member State. An example of this is provided by the judgment handed down a few weeks ago by a chamber of the CJEU in A.P. concerning Framework Decision 2008/947/JHA on the mutual recognition of judgments and probation decisions.

The appellant had been convicted of a money-laundering offence in Latvia and was given a custodial sentence of three years which was suspended for three years on condition that he did not commit another intentional offence in that period. He moved to Estonia, and the Latvian authorities relied on Framework Decision 2008/947/JHA to request the Estonian authorities to supervise compliance with the condition that he should not commit a criminal offence during the three-year period post sentence. If this request was acceded to, the appellant would acquire a criminal status in Estonia even though he had not been convicted of an offence there. In effect, he would be subject to a form of probation supervision in Estonia, in respect of a Latvian suspended sentence that was not conditional on a probation measure (apart from the requirement not to commit a new criminal offence).

The condition of not committing another criminal offence is generally considered to be inherent in the concept of a suspended sentence, as distinct for an additional requirement attached to it. The Estonian request, therefore, raised the question whether the condition qualified as a probation measure within the scope of the Framework Decision. An Estonian court granted the request. On appeal, the Supreme Court referred to the CJEU for a ruling on whether the Framework Decision could be used for a judgment imposing a suspended sentence where no probation measure was attached to that judgment.

The Framework Decision provides for the mutual recognition of judgments and probation measures (and alternative sanctions) across Member States. Under it, responsibility for supervising the implementation of a probation measure can shift from the Member State in which it was imposed to the Member State in which the person resides. The measure promotes the interests of the offender, as well as those of crime victims and the general public. Since probation measures can follow an offender from one Member State to another, a court in one Member State will not be deterred from imposing a non-custodial sentence with rehabilitation conditions attached, in place of a custodial sentence. This is in ease of the offender as it reduces he use of custodial sanctions, and promotes his or her social reintegration by facilitating the maintenance of family ties, employment etc. The measure also protects victims and the general public by preventing recidivism through improved monitoring of probation measures.

Critically, for the appellant, the list does not expressly include an obligation not to commit a new criminal offence during the probation period. It would seem to follow, therefore, that the Framework Decision cannot be used to permit cross-border enforcement of the obligation not to commit a criminal offence that is inherent in the concept of a suspended sentence. Surprisingly, however, the CJEU ruled that that obligation could qualify as a probation measure for the purposes of the Framework Decision. Unusually, it refused to follow the contrary opinion of the Advocate General in the matter. It is submitted that the Court’s reasoning is weak and unpersuasive compared to the compelling analysis provided by the Advocate General.

The Court was not deterred by the fact that the list of probation measures in the Framework Decision did not expressly include a condition not to commit a new criminal offence. Surprisingly, it found that it was included within the scope of “instructions relating to behaviour ..”. In line with its standard practice, the CJEU approached the interpretation of this provision by considering its usual meaning in everyday language, while taking into account the context in which it occurs and the objectives of the rules in which it is used. It concluded, without explanation, that the usual meaning of “instructions relating to behaviour” in everyday language, and in the context in which it appears, would include an obligation not to commit a new criminal offence.

The Court rejected the argument that the condition could not qualify as it was not associated with a requirement for active supervision of compliance in the manner typically associated with probation measures. It pointed to the fact that the list of probation measures in the Framework Decision includes examples that do not relate to active supervision (eg. prohibition on making contact with specified persons or objects). It is submitted, however, that this reflects a misunderstanding of probation measures and the requirement not to commit a new offence. The former defines specific conduct that the offender must engage in, or refrain from, in a manner that is capable of being monitored in the community. The latter, by contrast, is general and diffuse. It is no more than the obligation that attaches to everyone every day. If it can be monitored at all, it will be by the police in the sense that they monitor compliance with the criminal law generally.

The Court’s interpretation also ignores the significance of the full subparagraph in which “instructions relating to behaviour” appears. It reads in full:

“instructions relating to behaviour, residence, education and training, leisure activities, or containing limitations on or modalities of carrying out a professional activity”.

The intention is clearly to require certain forms of behaviour in respect of these aspects of a person’s everyday life. Not only is a requirement not to commit a new criminal offence different in kind from the others, but to include it would impose a very broad obligation on the State authorities that would be difficult to fulfil. If it was intended to include such a requirement, that would surely have been stated expressly.

In further support of its interpretation, the CJEU referred to the fact that the Framework Decision expressly confers jurisdiction on the enforcing authority to take measures relating to the suspended sentence when the offender, among other things, commits a new criminal offence. In the Court’s view, it would produce a paradoxical result if the enforcing authority could do this only if the sentencing court had conditioned the suspended sentence on one of the probation measures expressly listed in the Framework Decision, but not where it was conditioned solely on the obligation not to commit a new criminal offence.

The CJEU was also of the view that its interpretation promotes the primary objectives of the Framework Decision. As noted above, these are the social rehabilitation and reintegration of the offender, and improved protection for victims and the general public by reducing recidivism and facilitating the application of suitable probation measures for offenders who do not live in the State of conviction. It is difficult to see how social reintegration will be promoted by stretching the Framework Decision to include the obligation not to commit a new criminal offence. As pointed out by the Advocate General, supervision is effectively lacking in the instant case, and generally in respect of a suspended sentence conditioned by a requirement not to commit a new criminal offence. That argument is also fatal to the notion of such a suspended sentence operating as a suitable probation measure.

There is more weight to the argument that the Court’s interpretation will enhance protection for victims. That, however, presupposes that the interests of victims and the general public will be served by a more retributive approach to sentencing. It is also questionable whether that will outweigh the benefits of the social reintegration of offenders.

On the surface, it might seem that the implications of the judgment in A.P. are relatively narrow and technical. The reality is that they reflect another significant encroachment on the traditional territoriality of criminal law. In its haste to reinforce the EU’s area of freedom, security and justice, the CJEU has stretched the interpretation and application of a Framework Decision designed to allow cross-border enforcement of probation measures. By extending it to suspended sentences with no probation conditions attached, other than the standard requirement not to commit a new criminal offence, the judgment facilitates cross-border enforcement to an extent that impacts more harshly on an offender than was surely intended.

The Court’s interpretation lifts the suspended sentence out of the natural environment in which it was handed down, and gives it life in other jurisdictions where it was never intended to operate. This is not necessary to prevent an offender avoiding the consequences of a criminal record in one State by moving to another. There is provision in a separate Framework Decision (2008/675/JHA) to combat that. Accordingly, if the appellant in the instant case did actually commit a new criminal offence in Estonia, his suspended sentence in Latvia could be taken into account in the sentencing for the new offence. Now, however, no matter where he goes in the EU, his suspended sentence can follow him, even where he has not committed a new criminal offence.